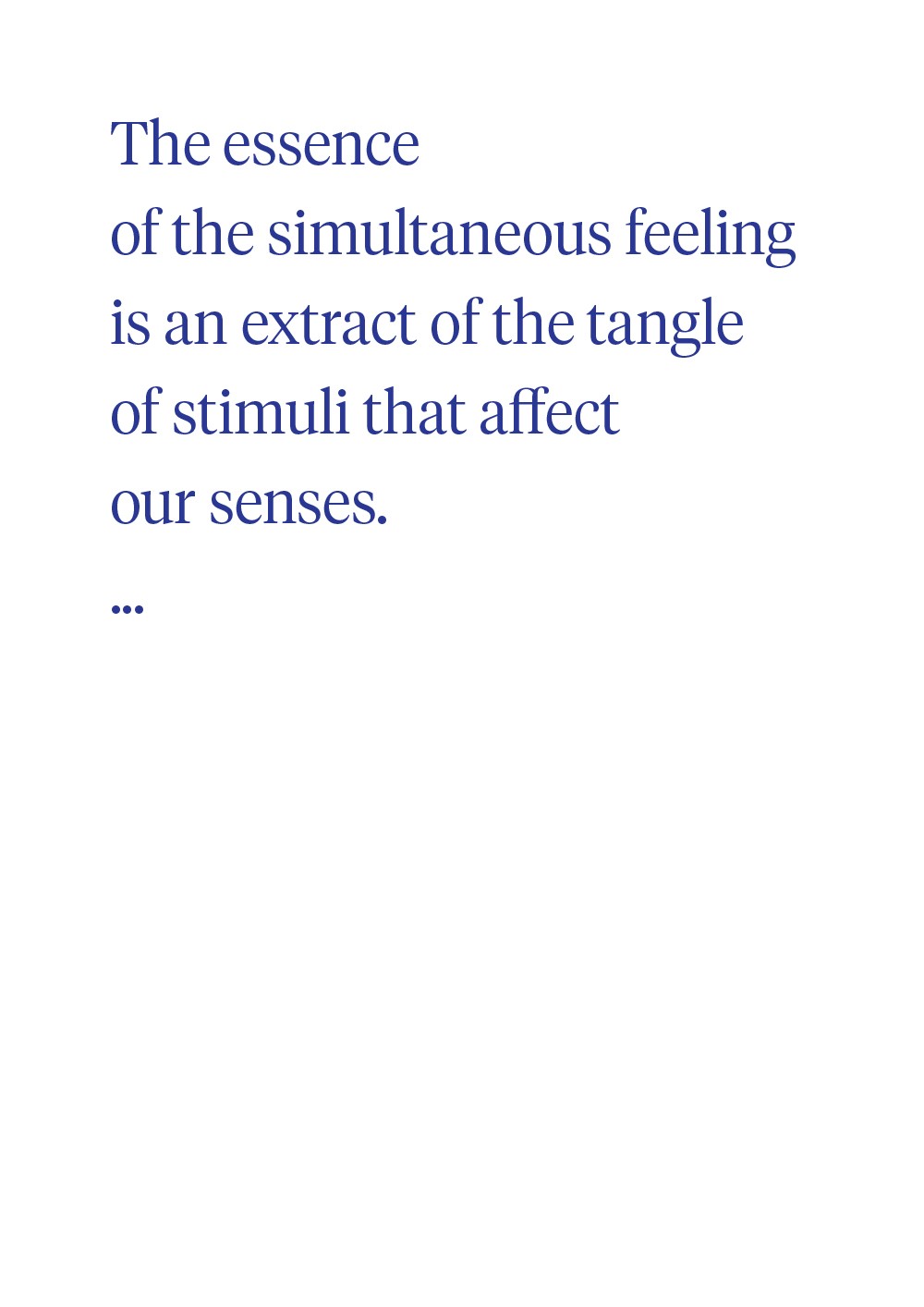 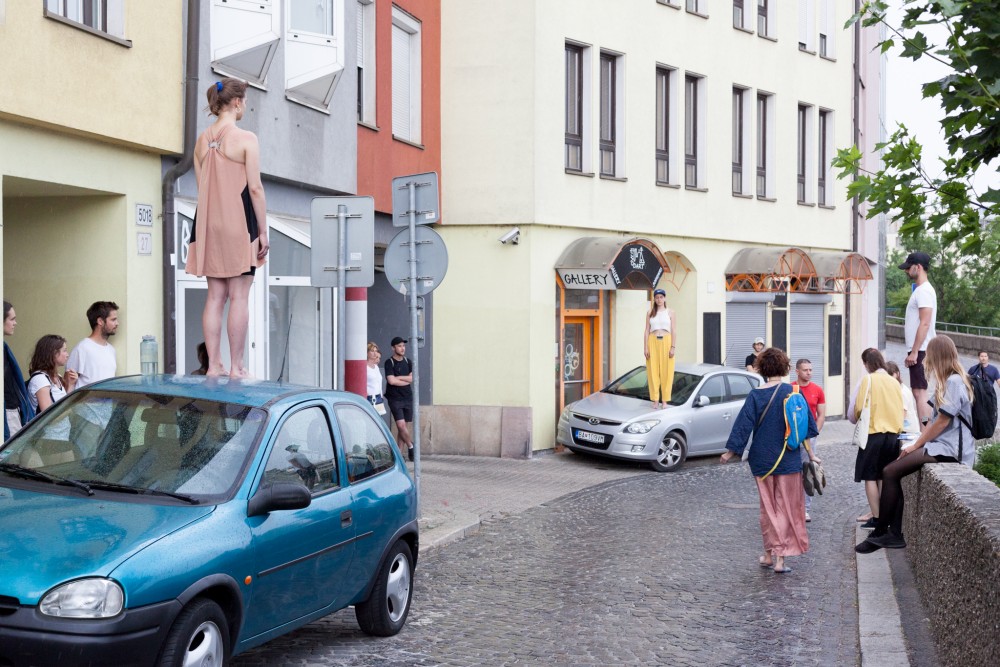 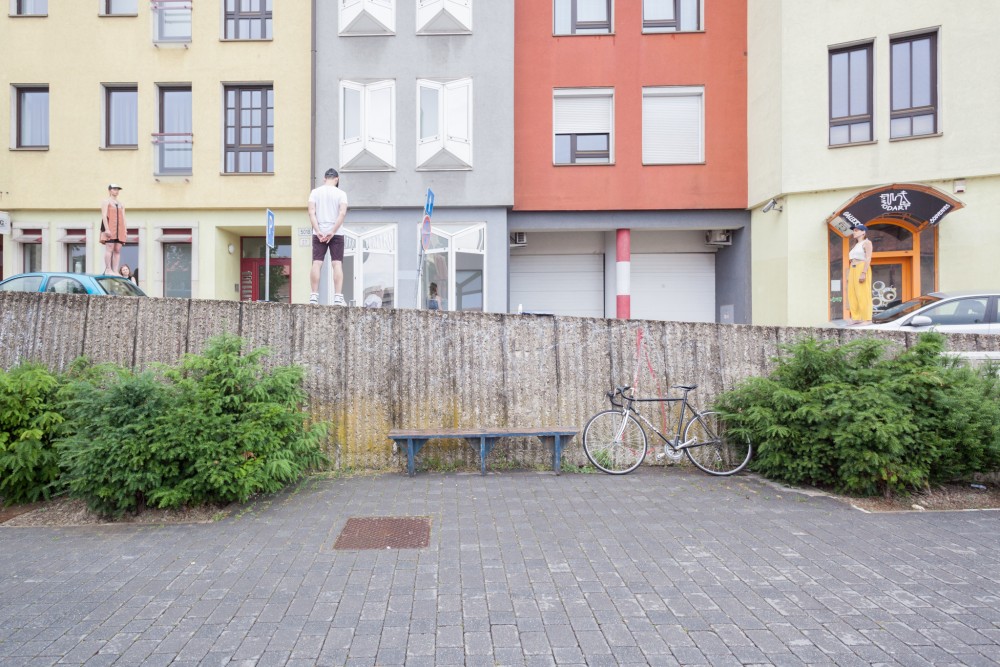 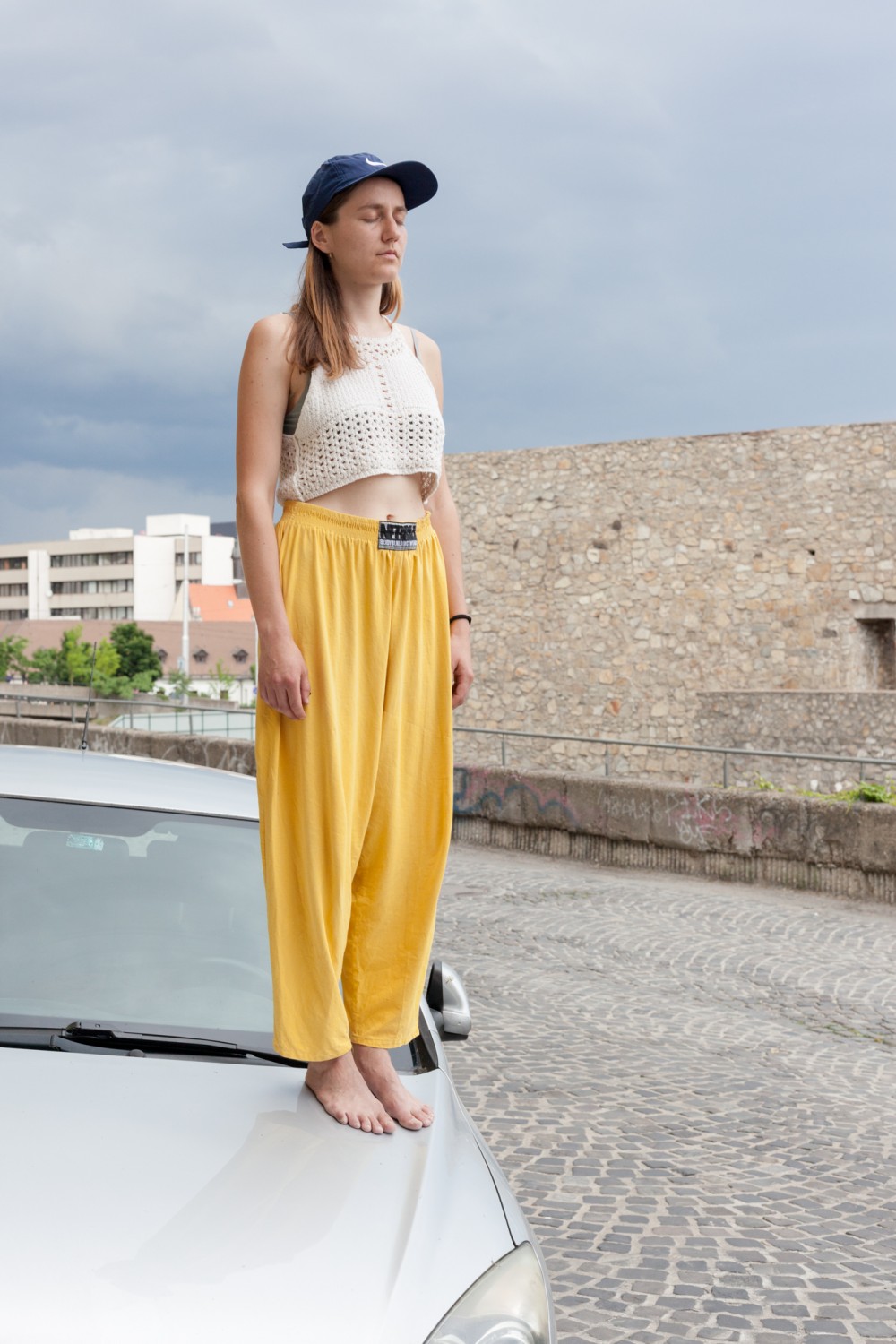 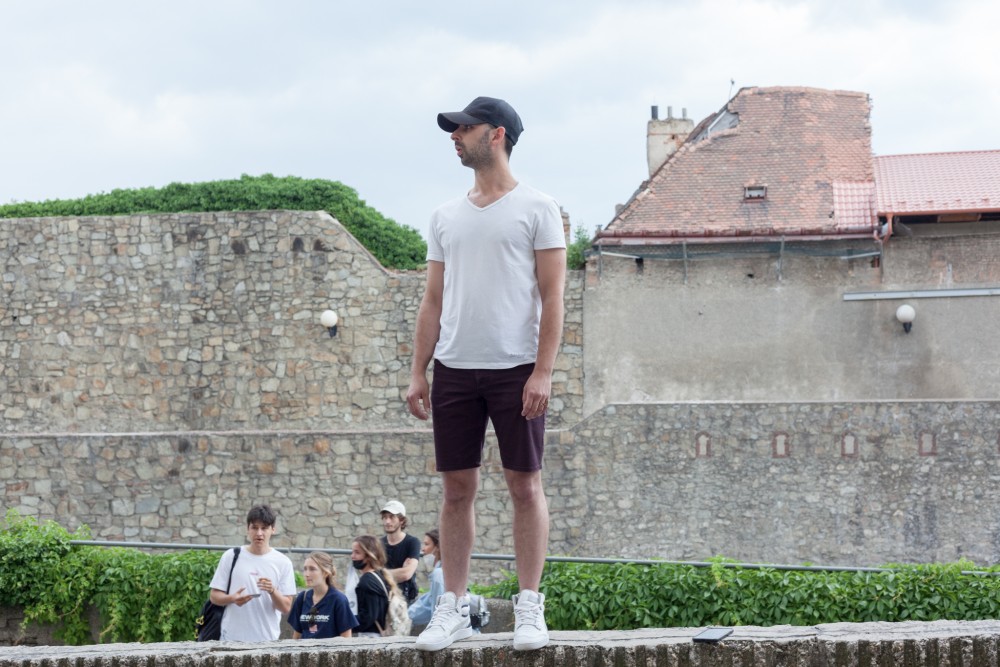 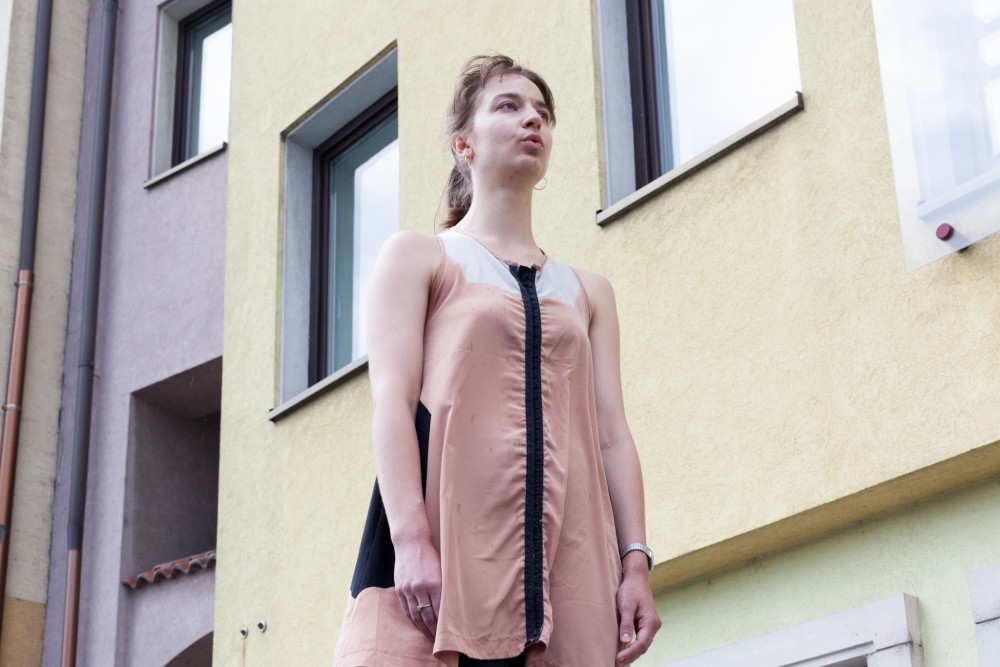 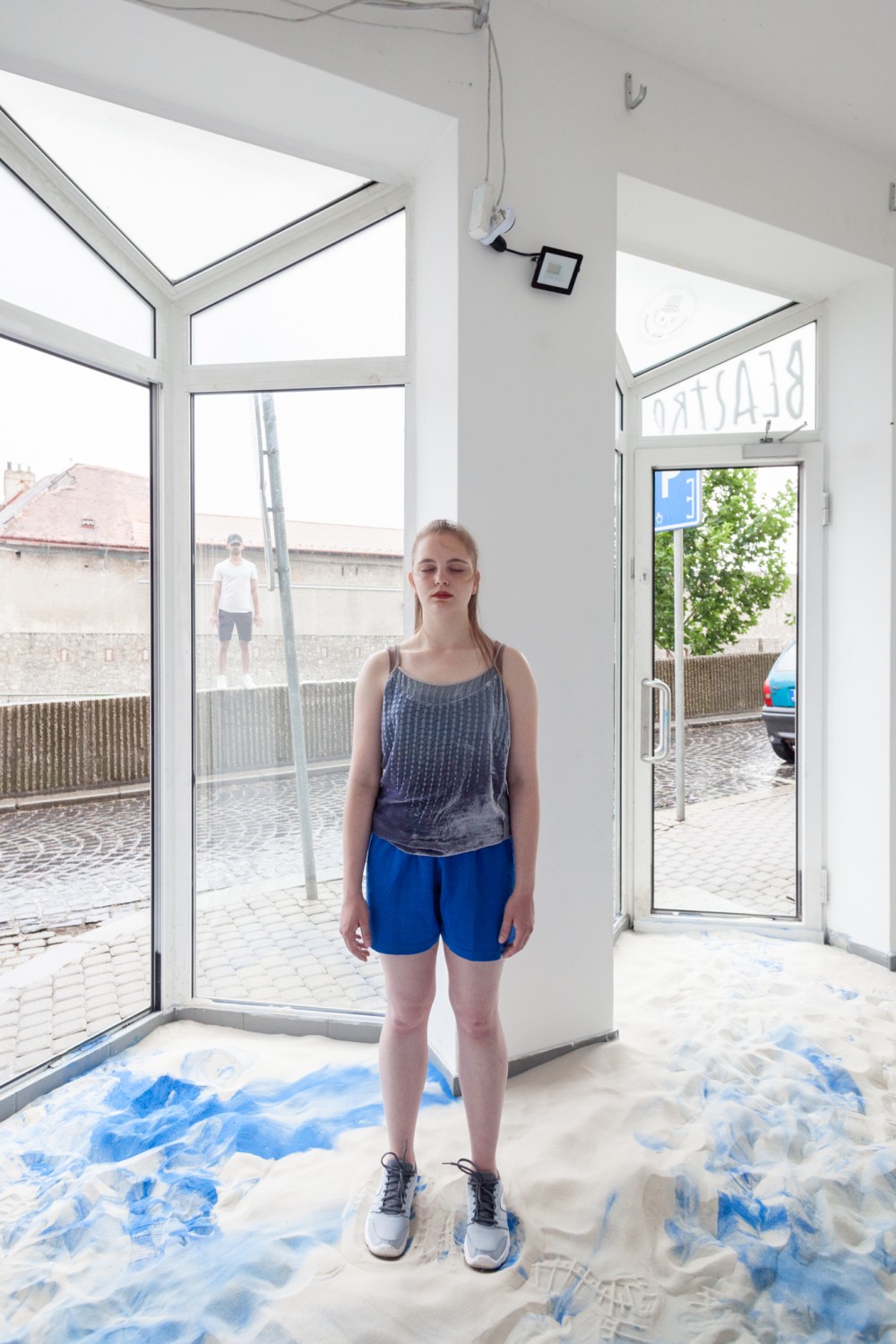 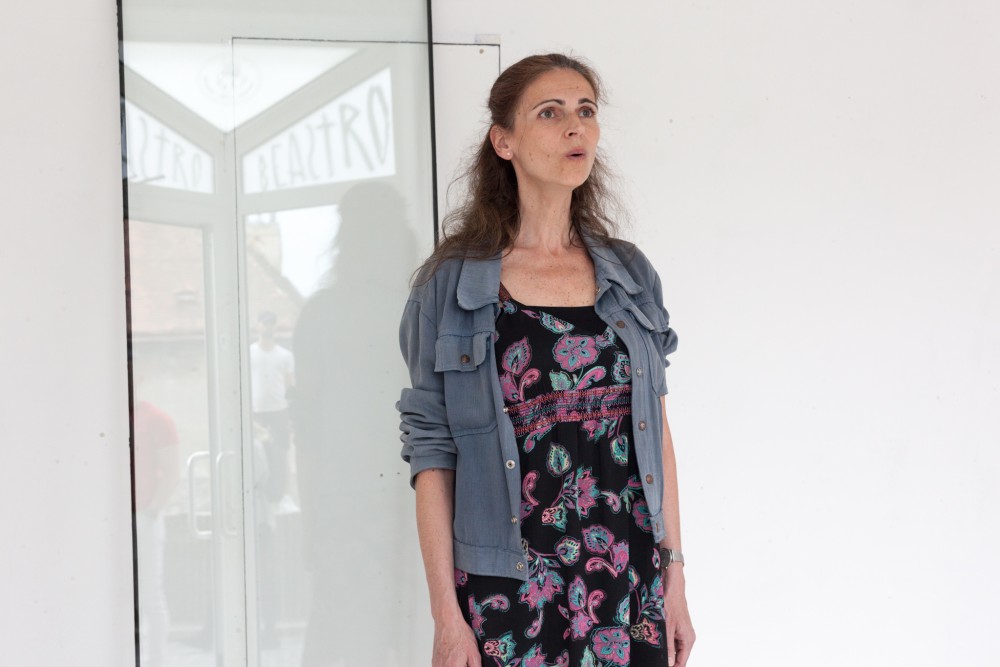 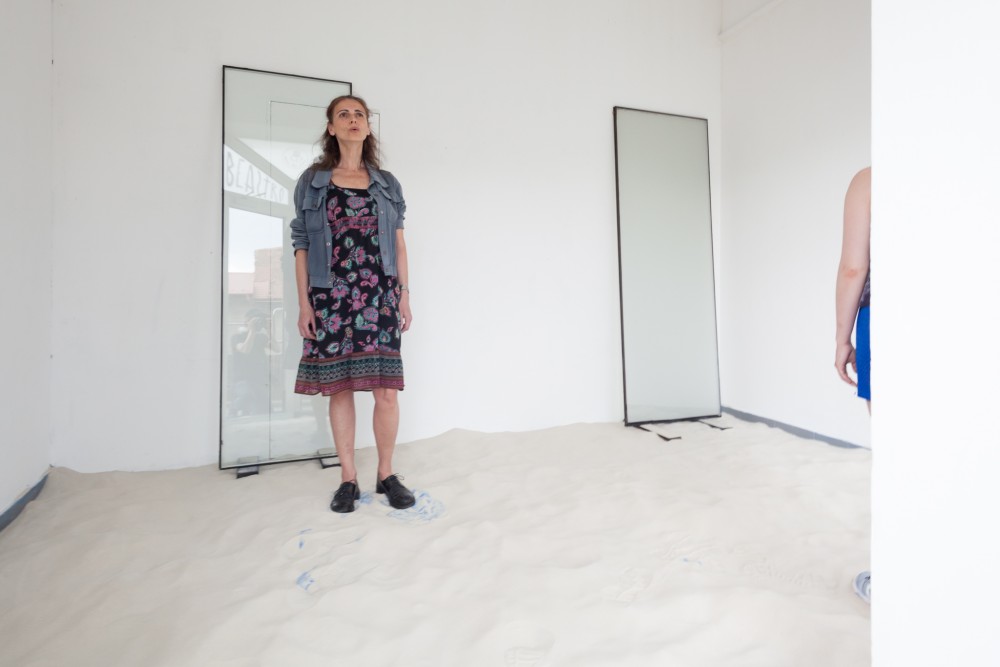 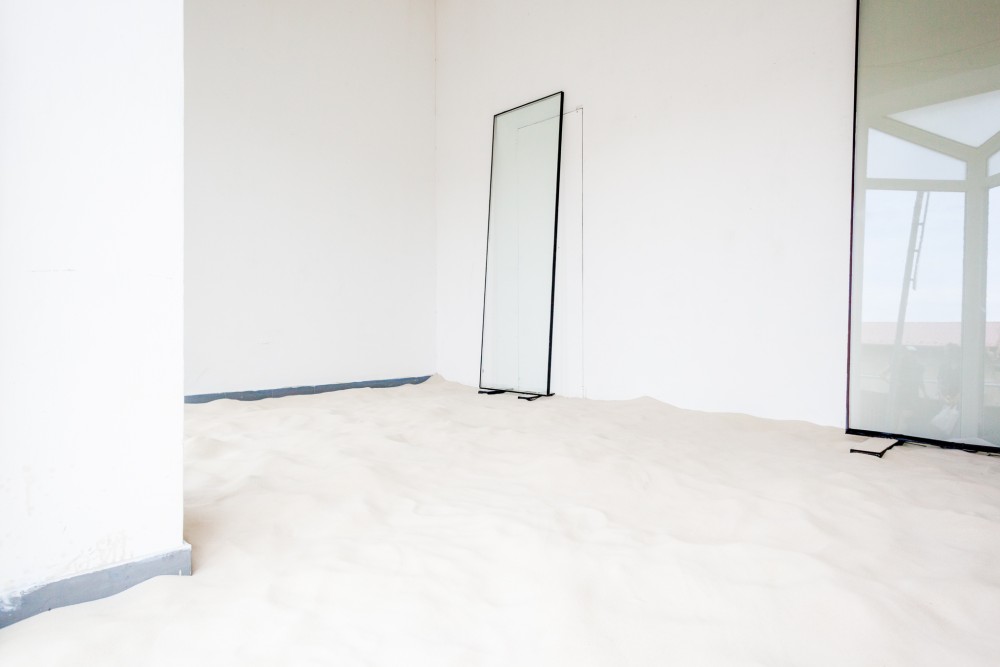 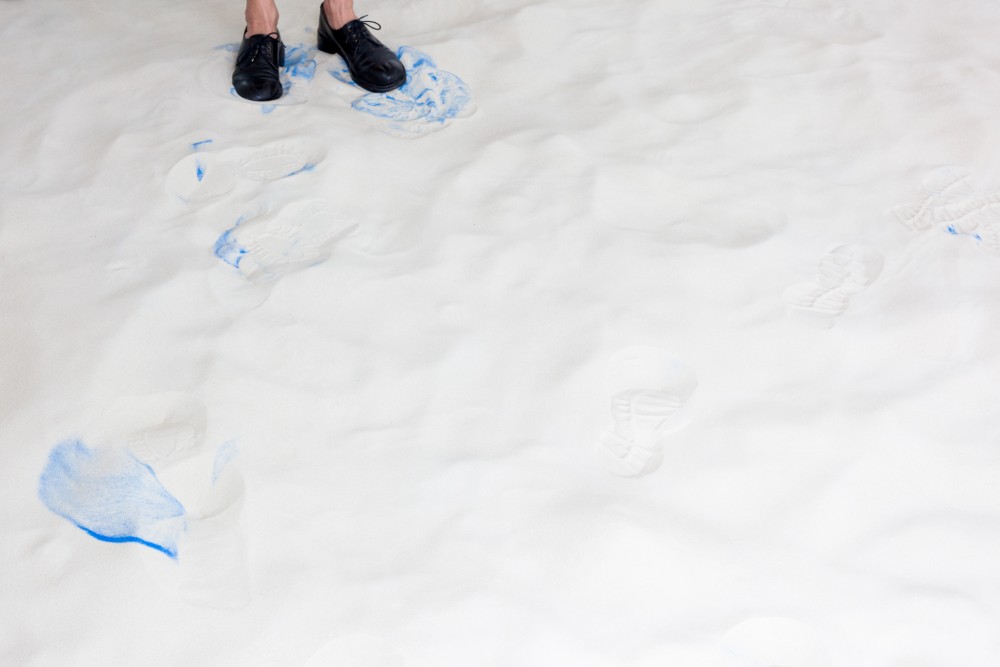 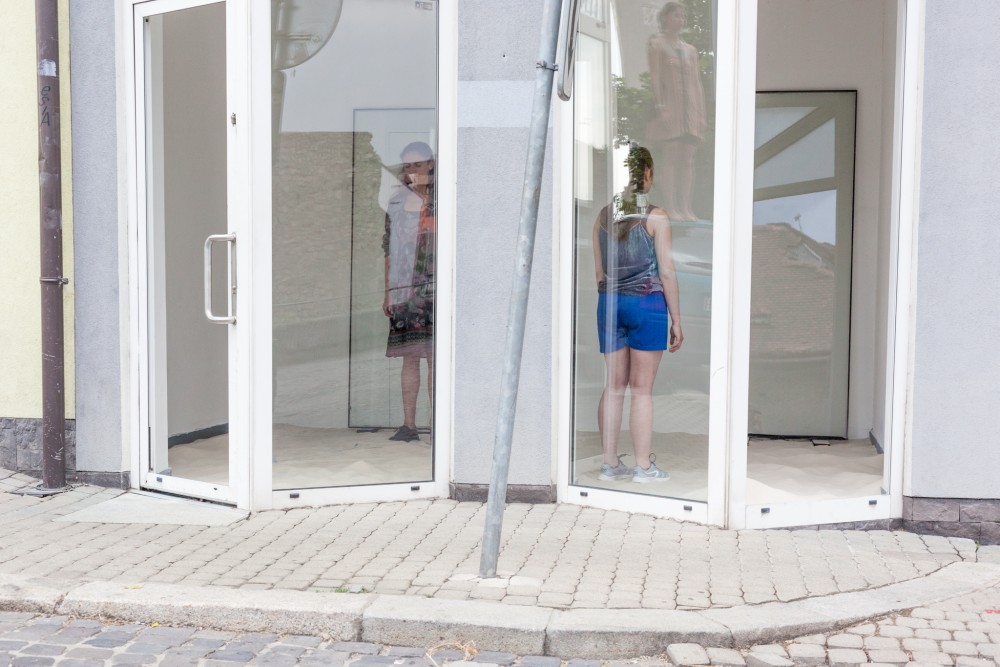 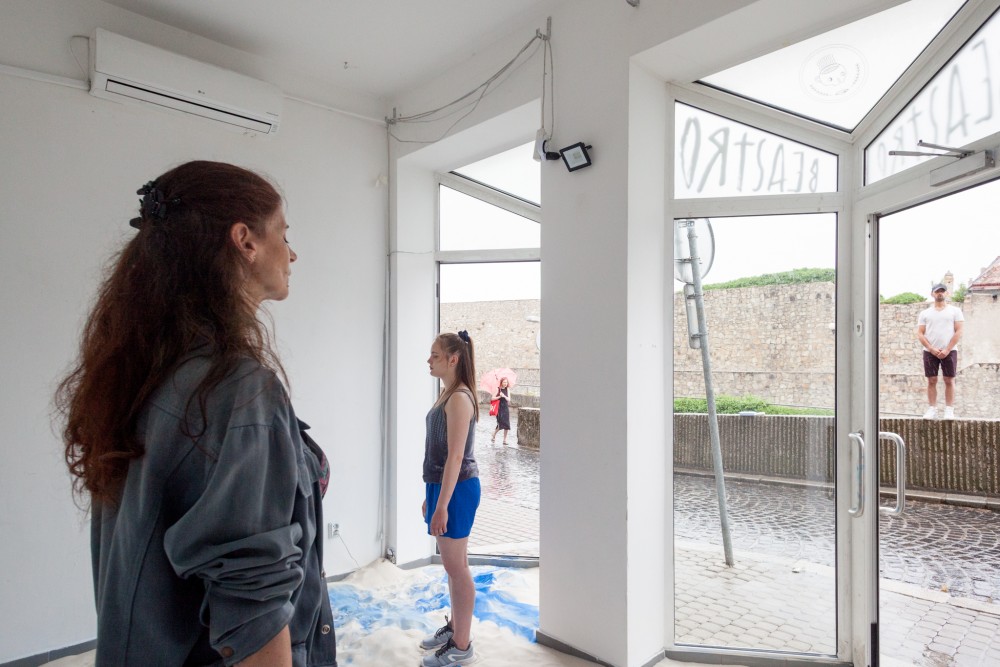 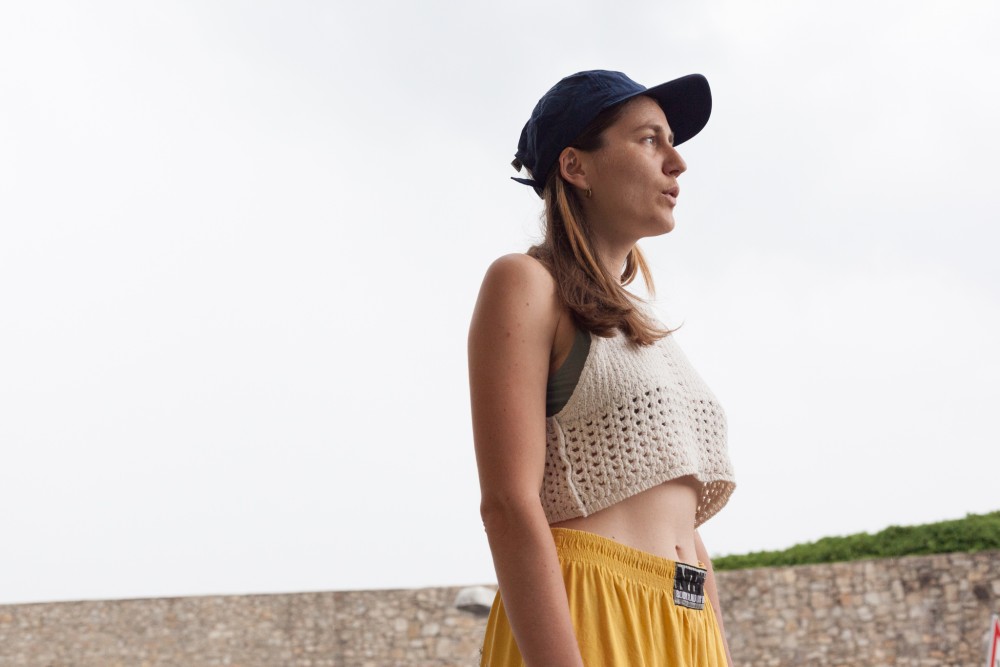 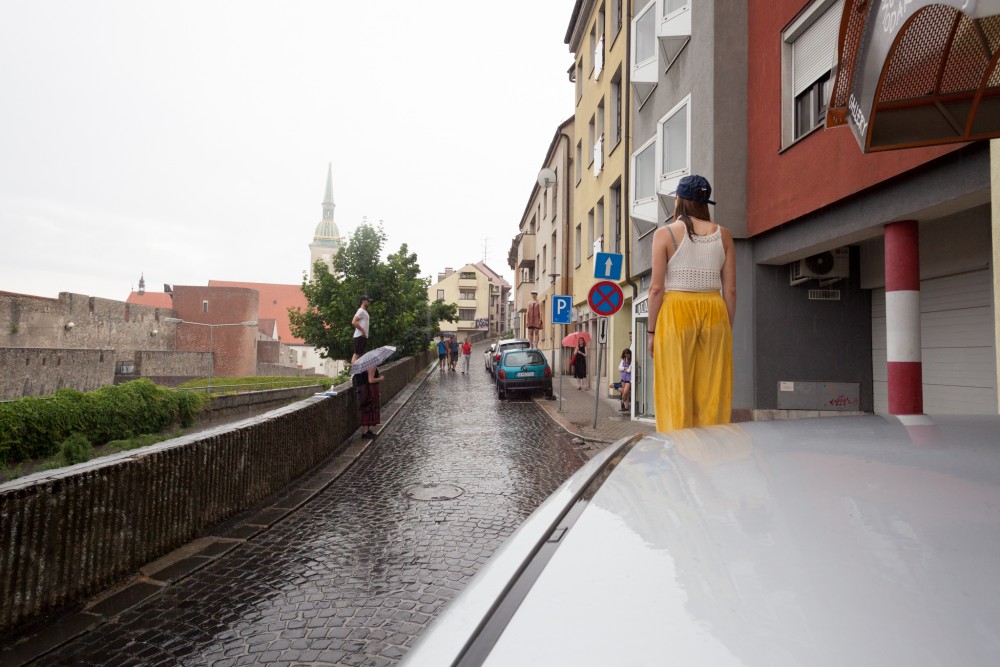 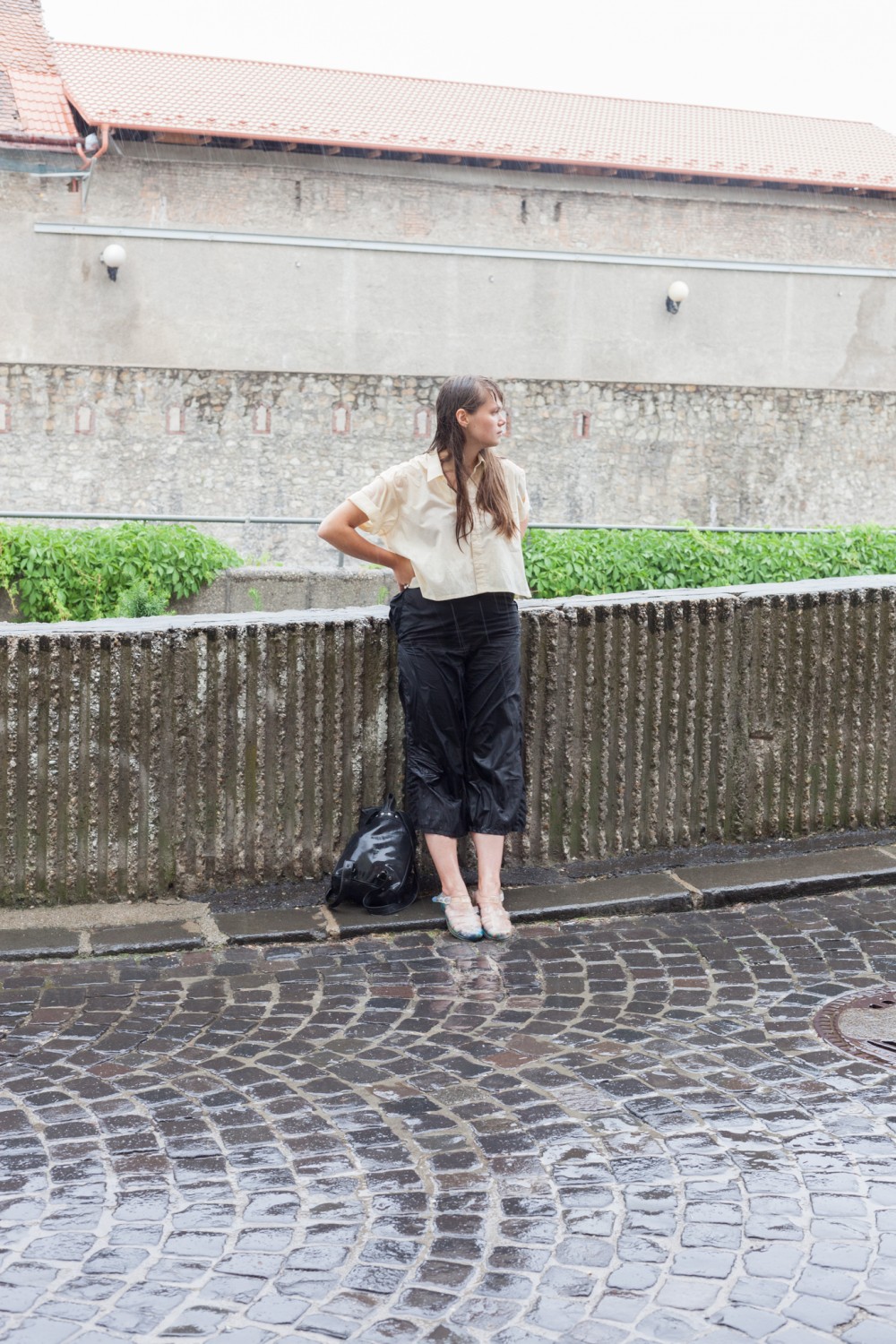 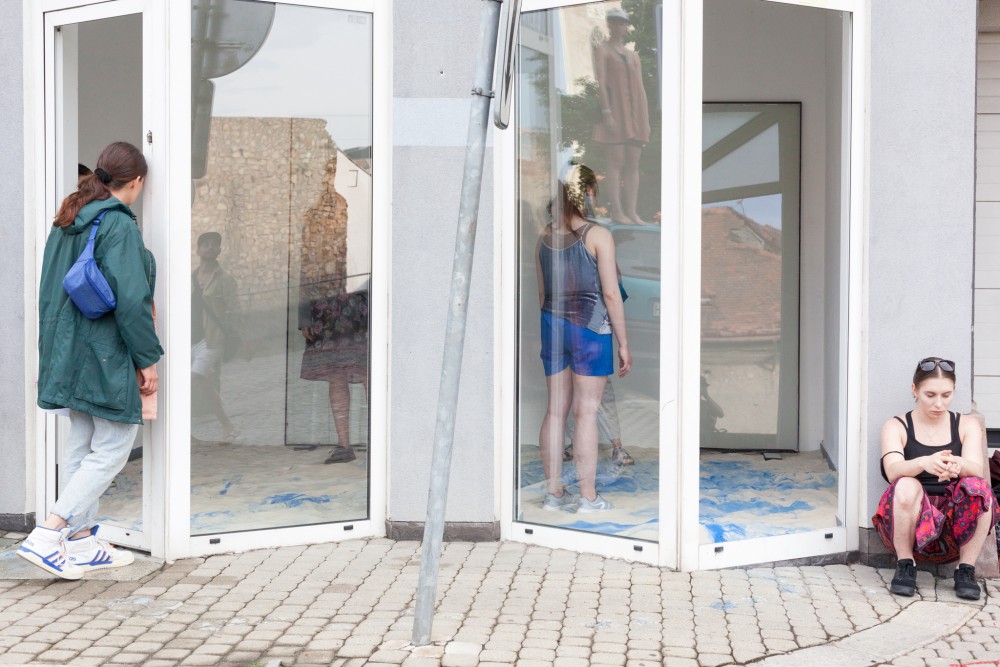 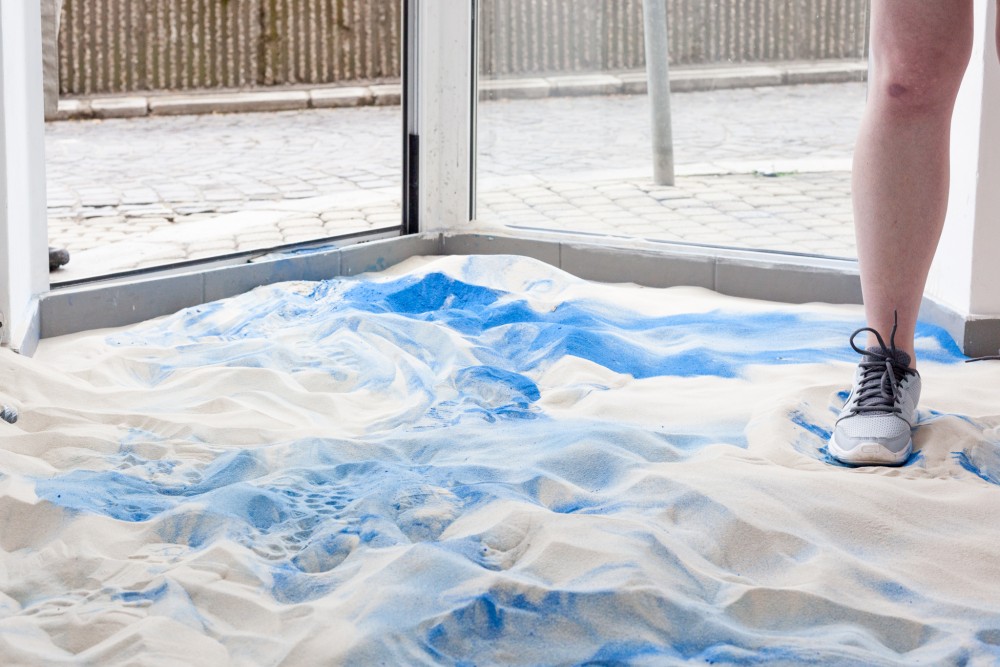 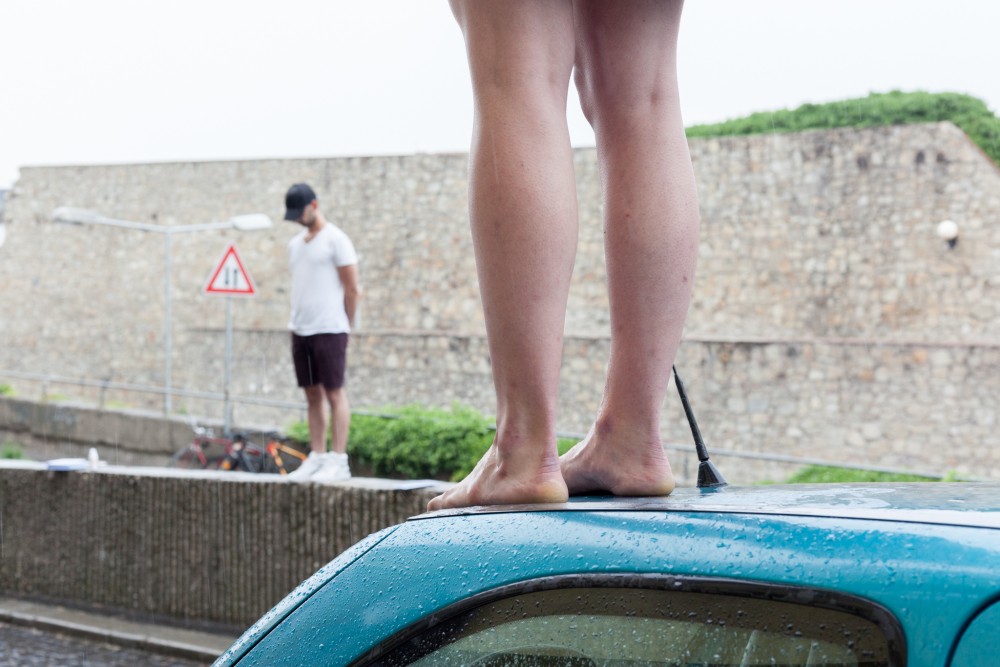 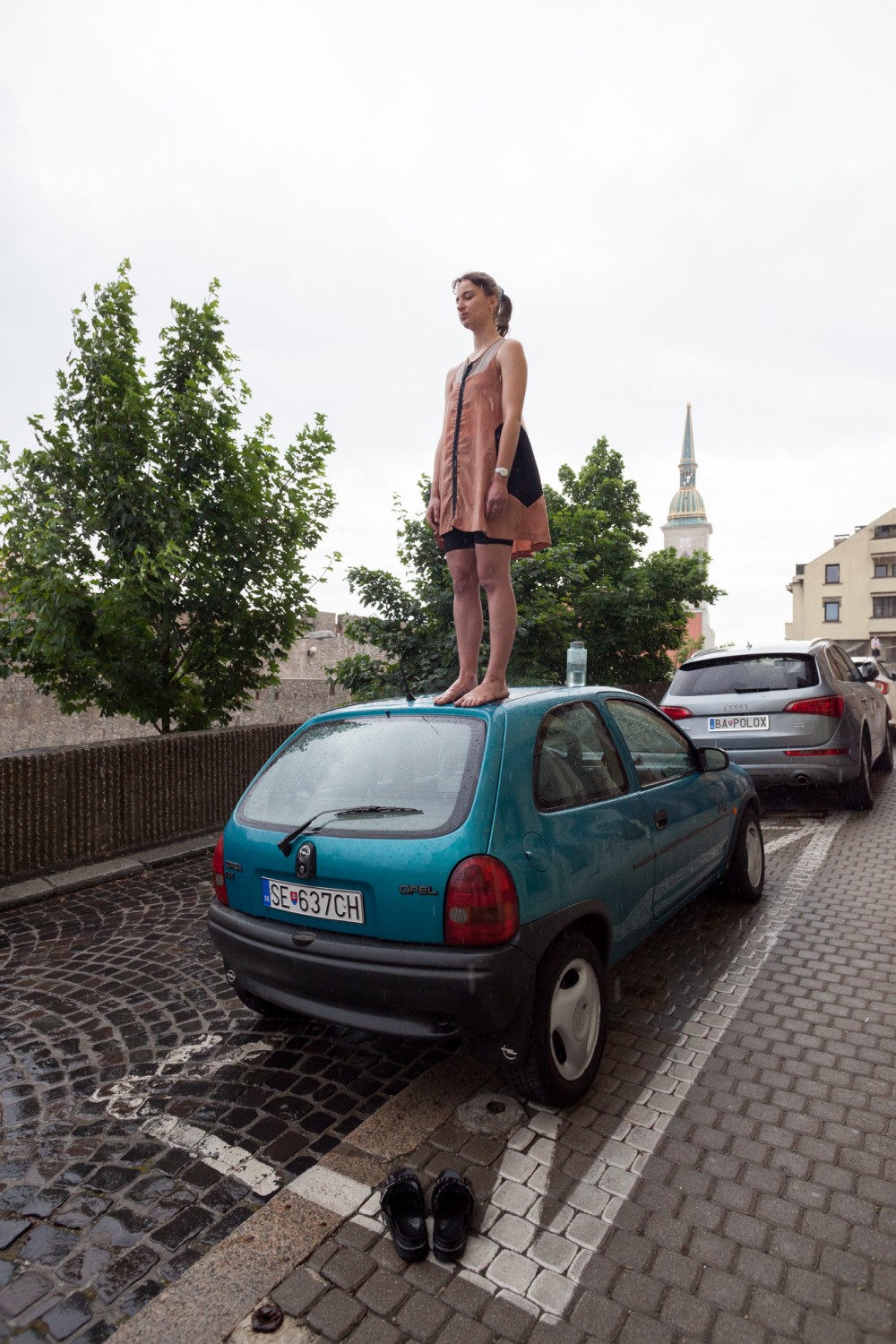 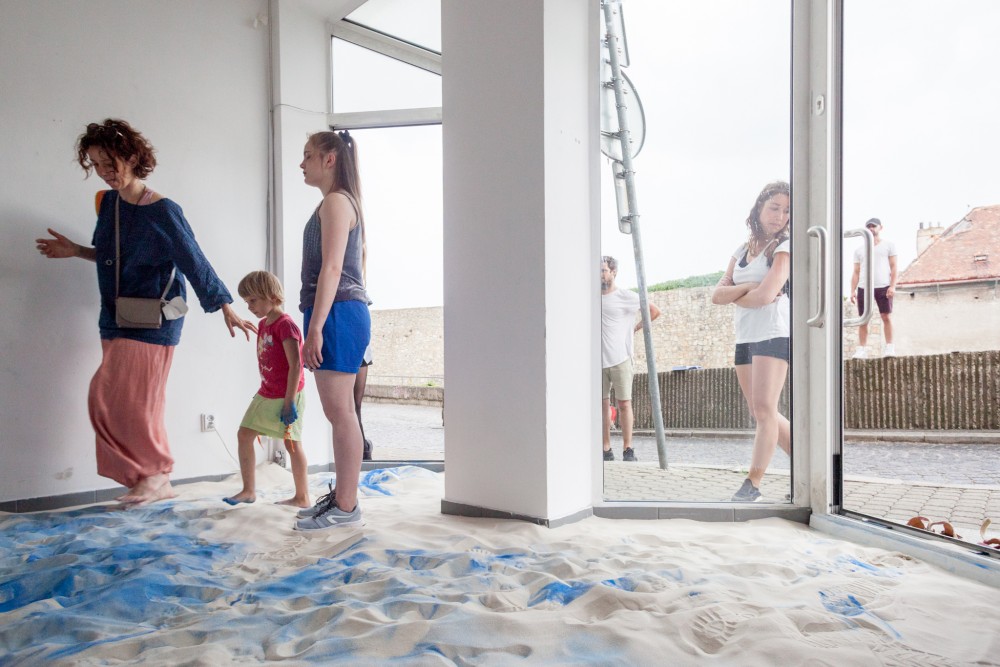 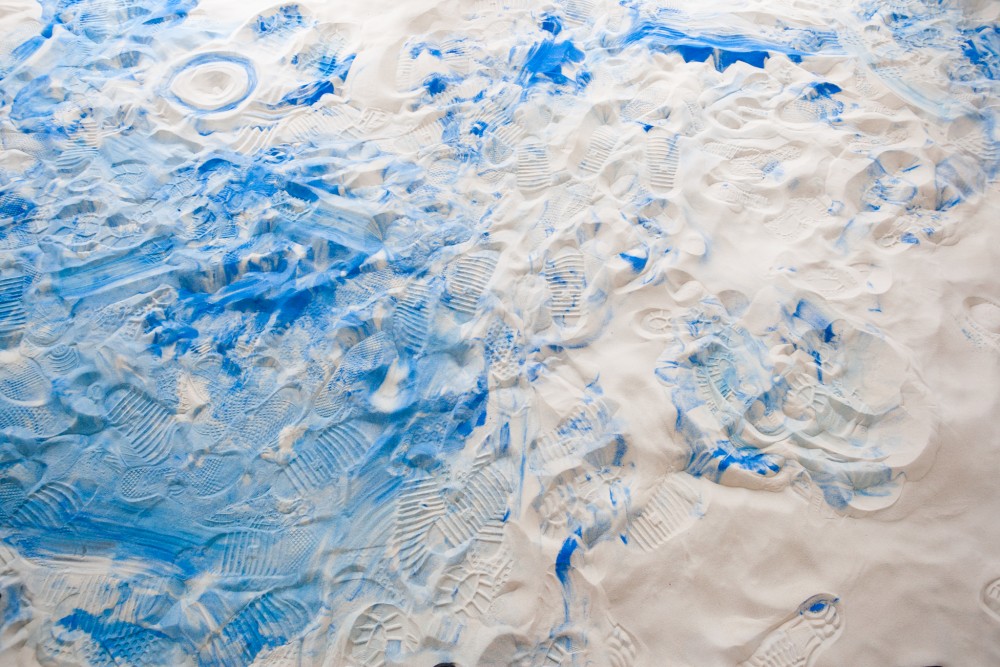 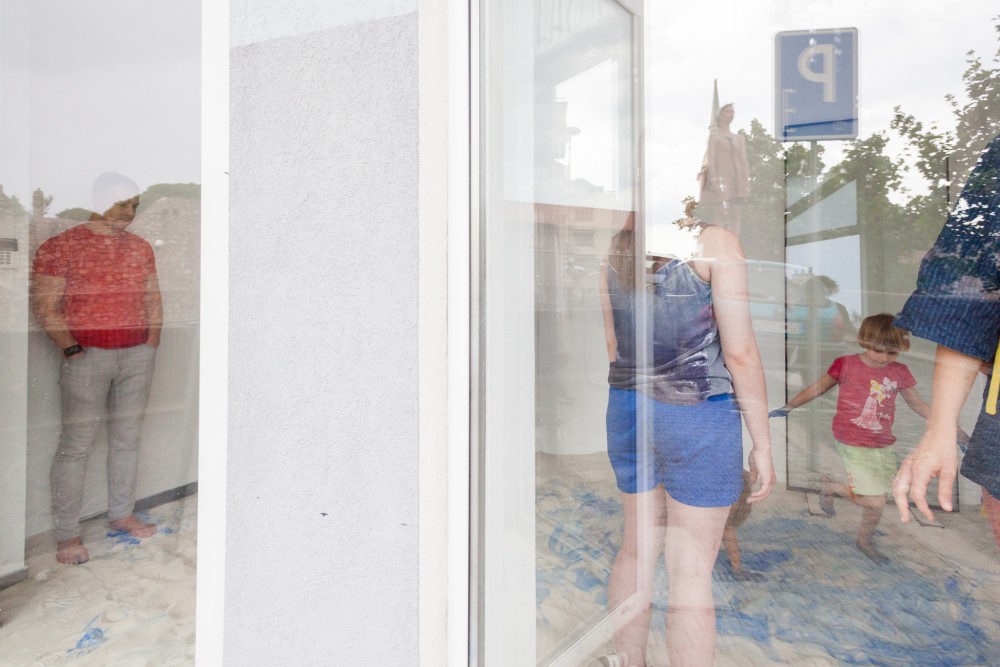 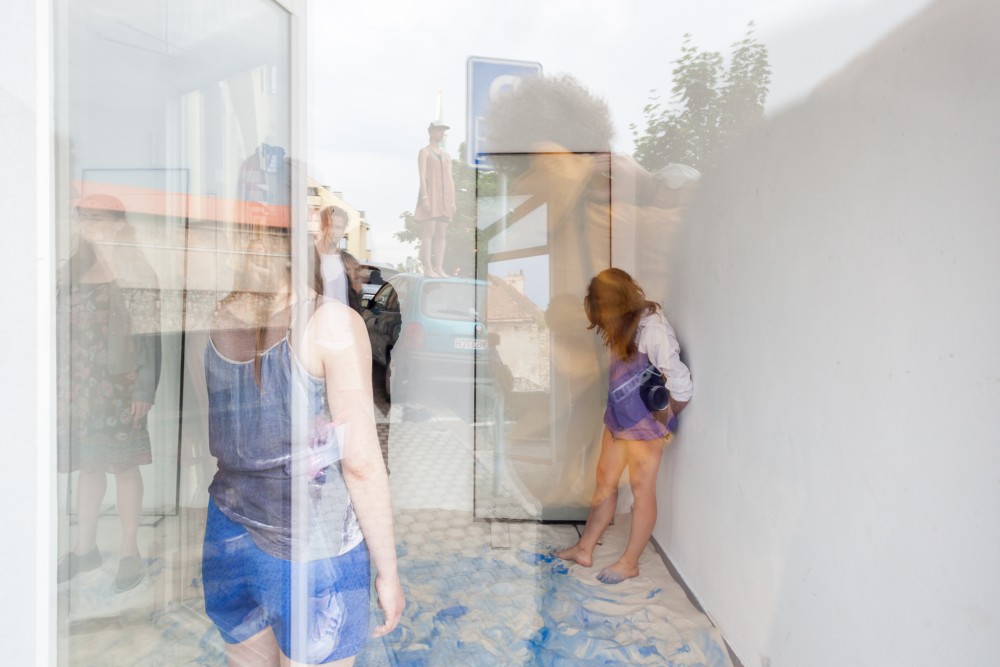 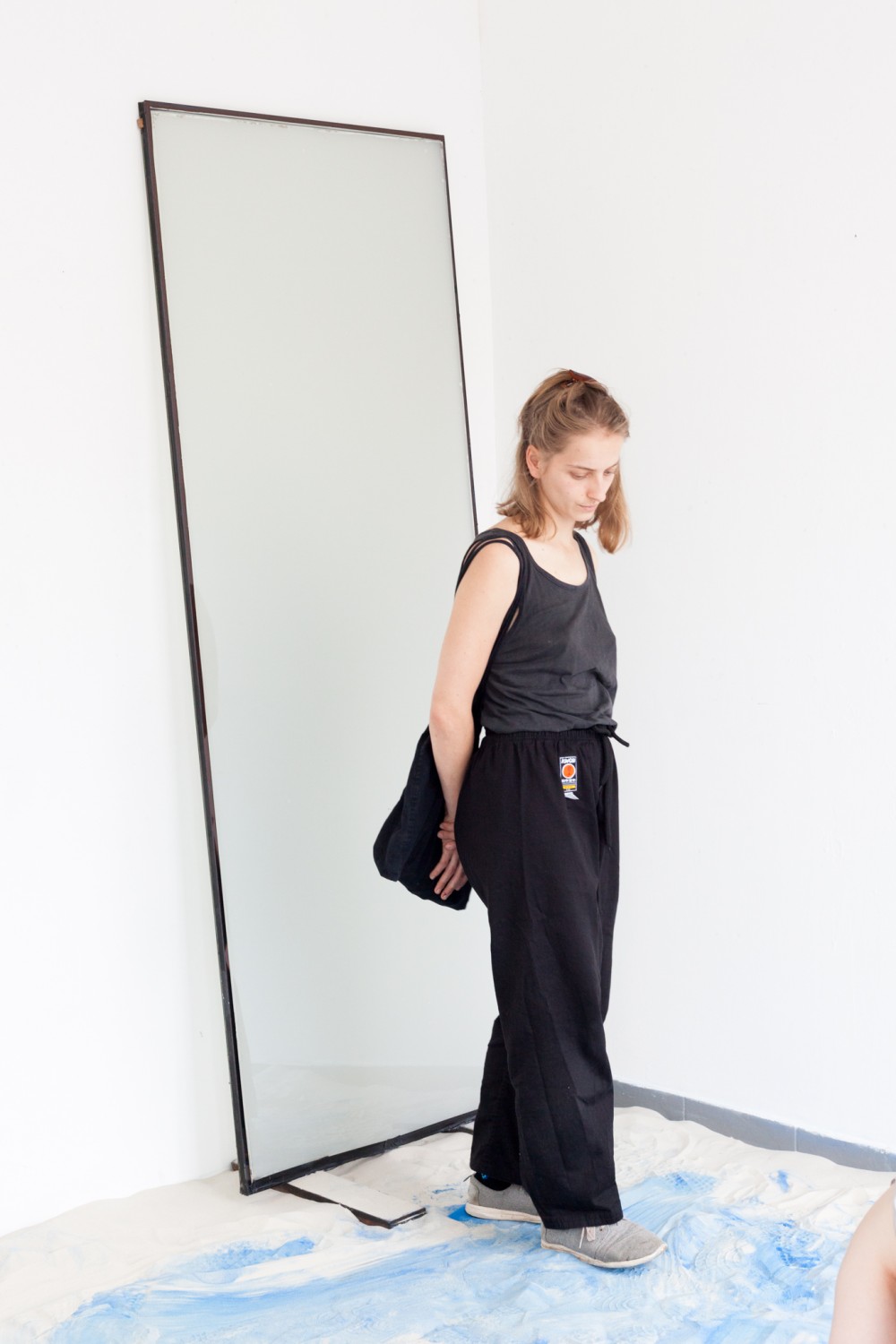 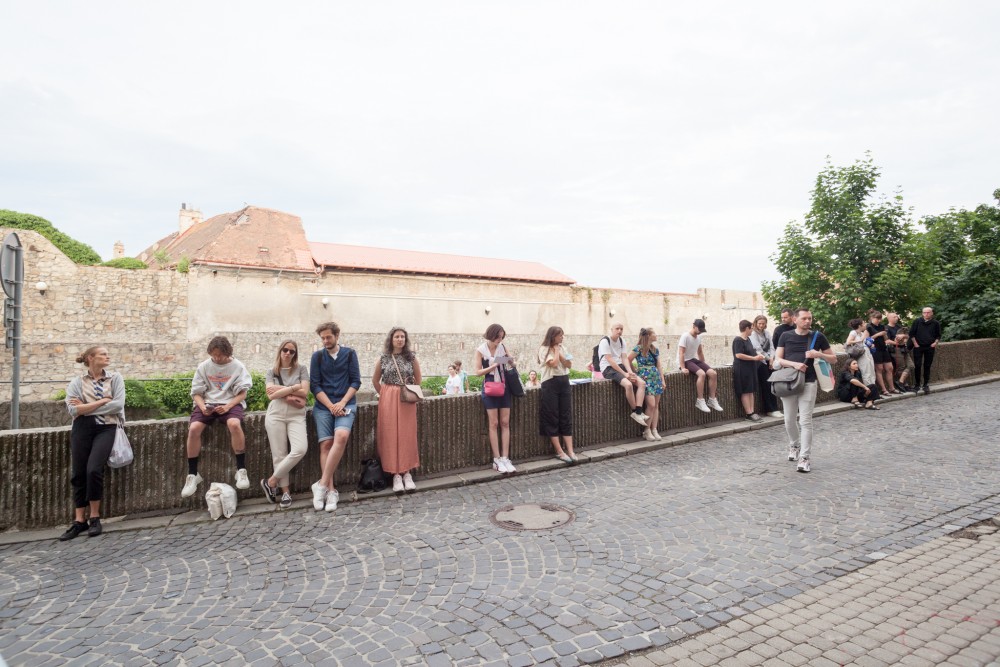 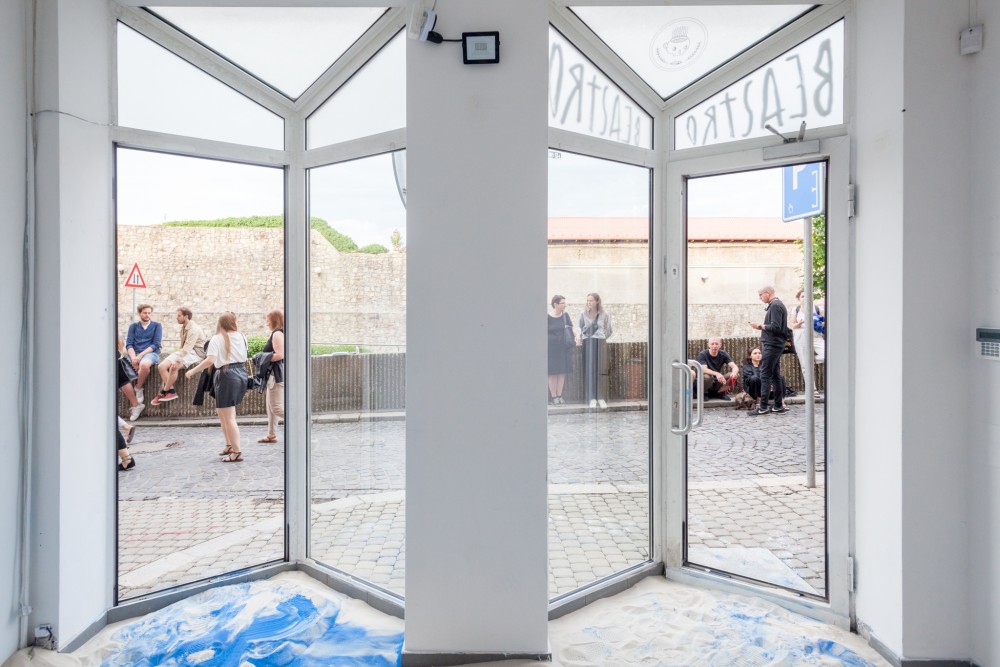 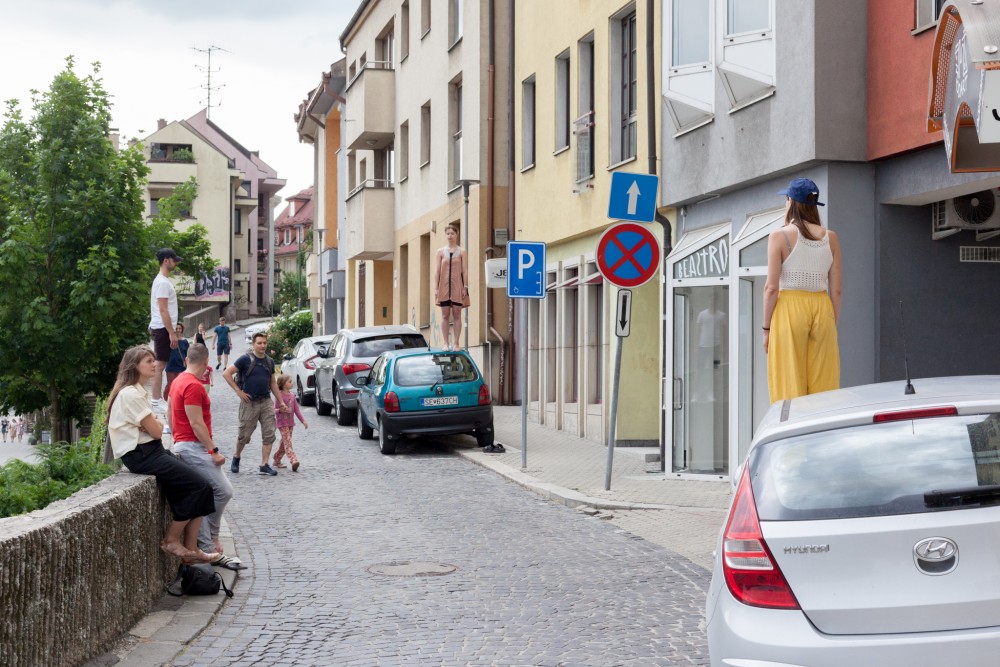 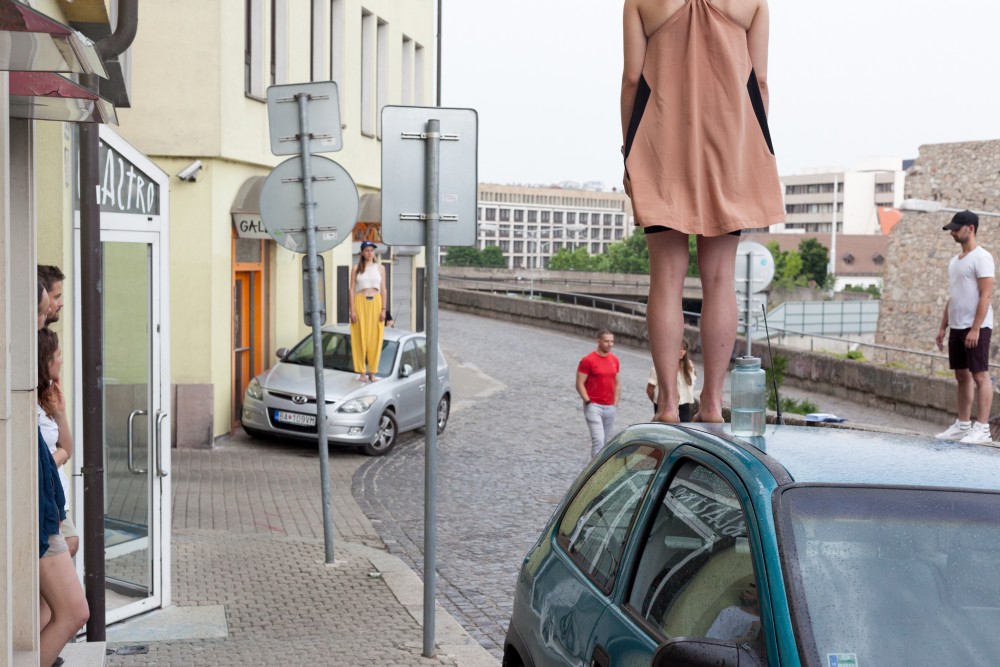 The essence of the simultaneous feeling is an extract of the tangle of stimuli that affect our senses. The parallel feeling is based on the principle of synesthesia. It rests on the fact that any stimulus acting on a given sensory organ, in addition to our will, also evokes a stimulus characteristic of other sensory organs. This is also called colored hearing. The performative situation called Living Gradient is based on these foundations. It will take place in the surroundings of Mikulášská Street, and its essence is the development of the relationship of stimuli: noise – silence – buzz – C note – drawing. It makes a noise in the form of a voiced Ú sound and uses color as its variables, and the location switches between the interior and the exterior. It uses the existing pulsating sounds of the city area, which are transformed into a musical score and drawings on the ground, and thus, passing from one medium to another, it creates a distinctive sound architecture that is open to the viewer.

The performative situation responds to the acoustic properties of Mikulášská Street in the presence of five performers. With their actions they respond to the stimuli of the street, and at the same time they cycle them into their own space-time. Concurrently, they create an expanding sound body, an expanding organism and, at the same time, an acoustic body. They work synesthetically - the color expands in both the acoustic and material forms. The first – sound – position uses the principle of synesthesia using the color blue, which acquires an actual form in a C note. By repeating the tone, which is gradually transmitted, sound matter is created. The second – spatial – position shifts the drawing at the same time as the sound. The color blue is air, moving matter in the space of the gallery, exceeding its physical boundaries. It is therefore also a process that connects the interior of the gallery with the exterior through the resonating sound surface and the drawings in the space of the gallery and its immediate surroundings.

The project was supported using public funds from The Slovak Arts Council.