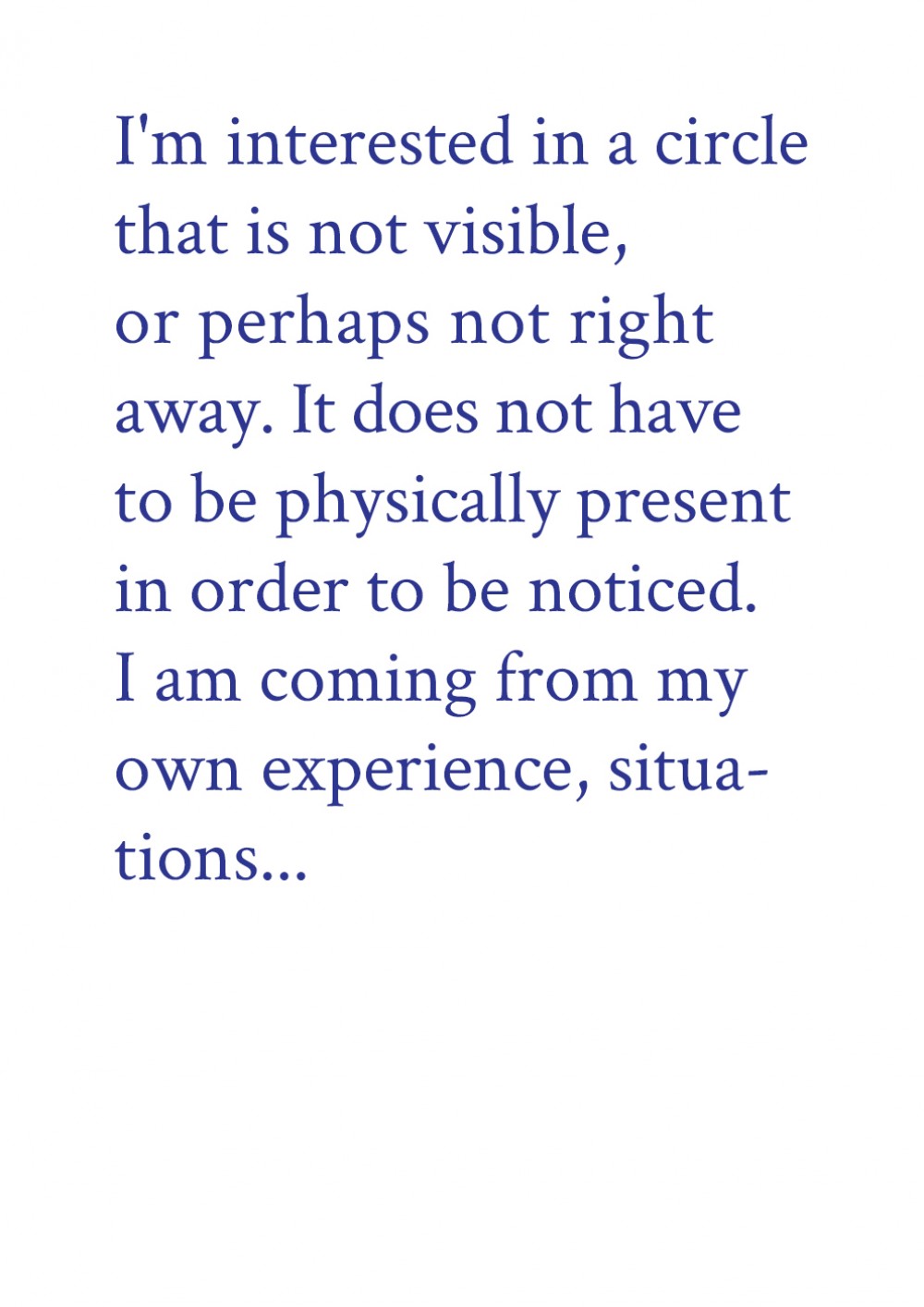 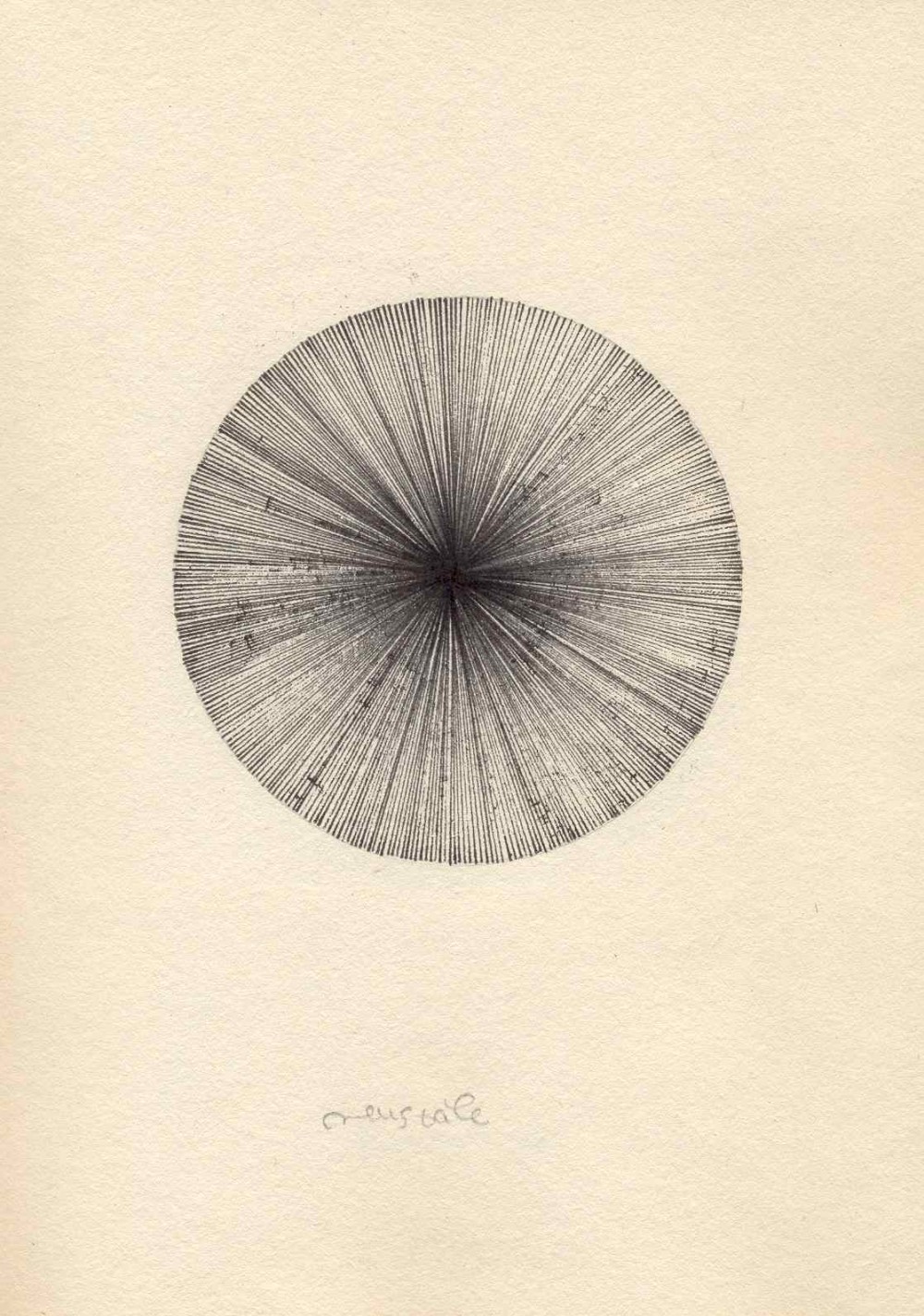 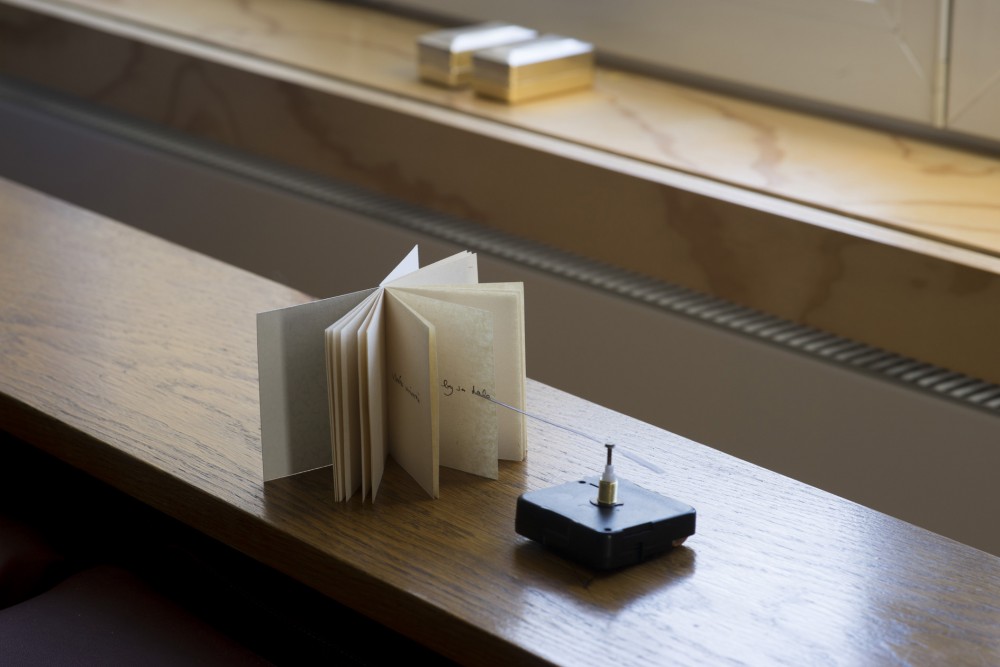 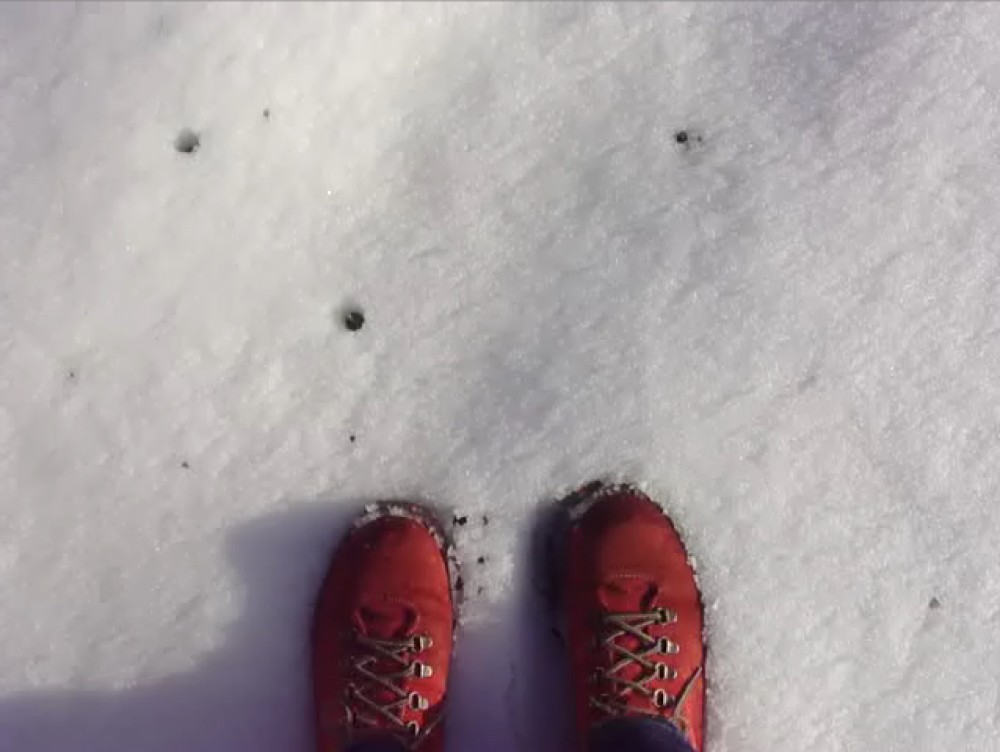 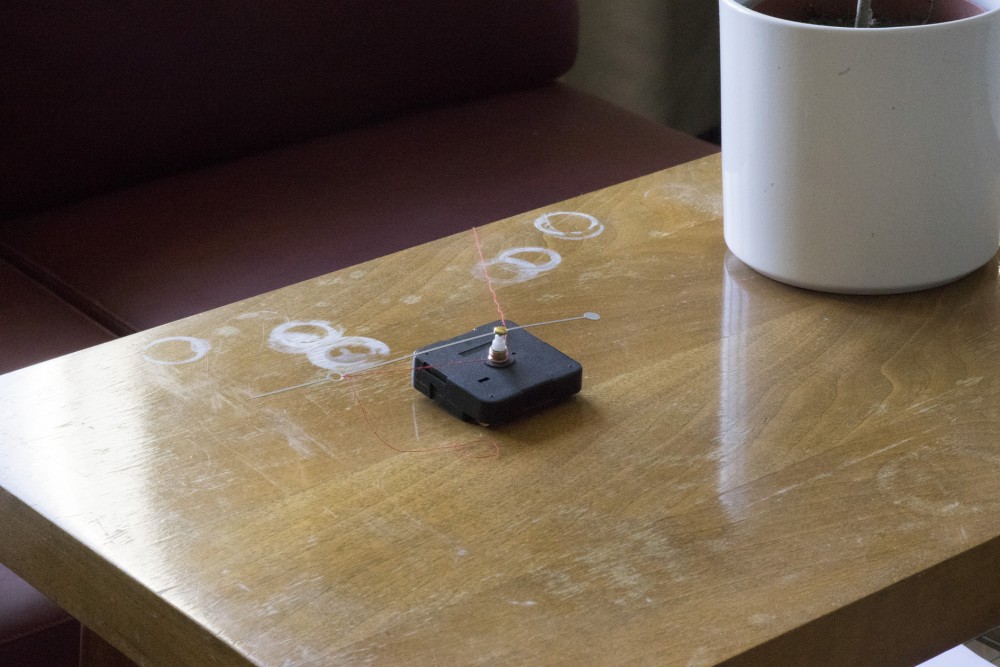 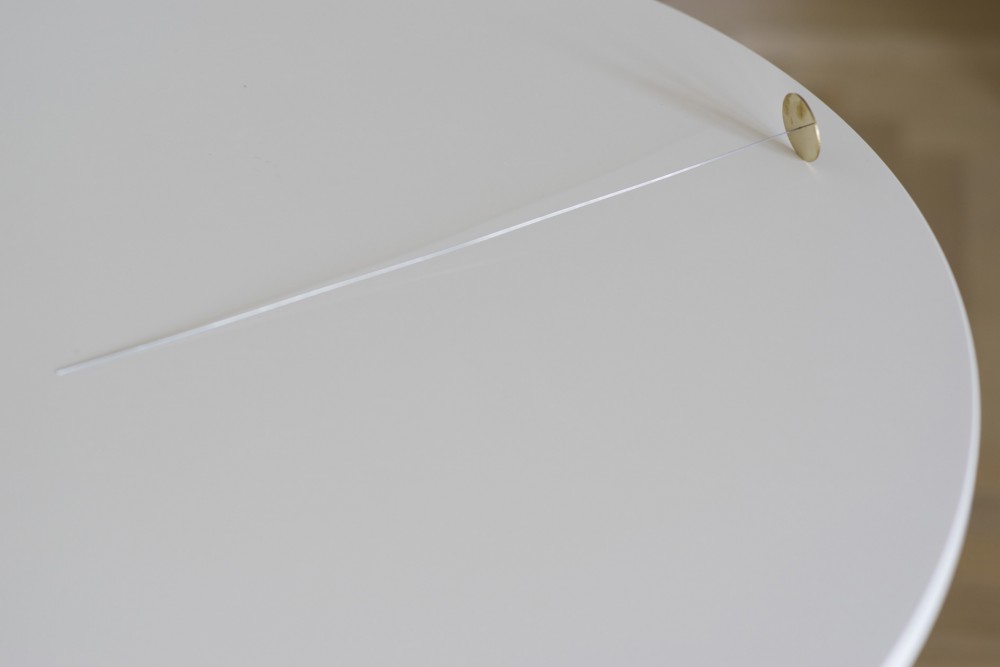 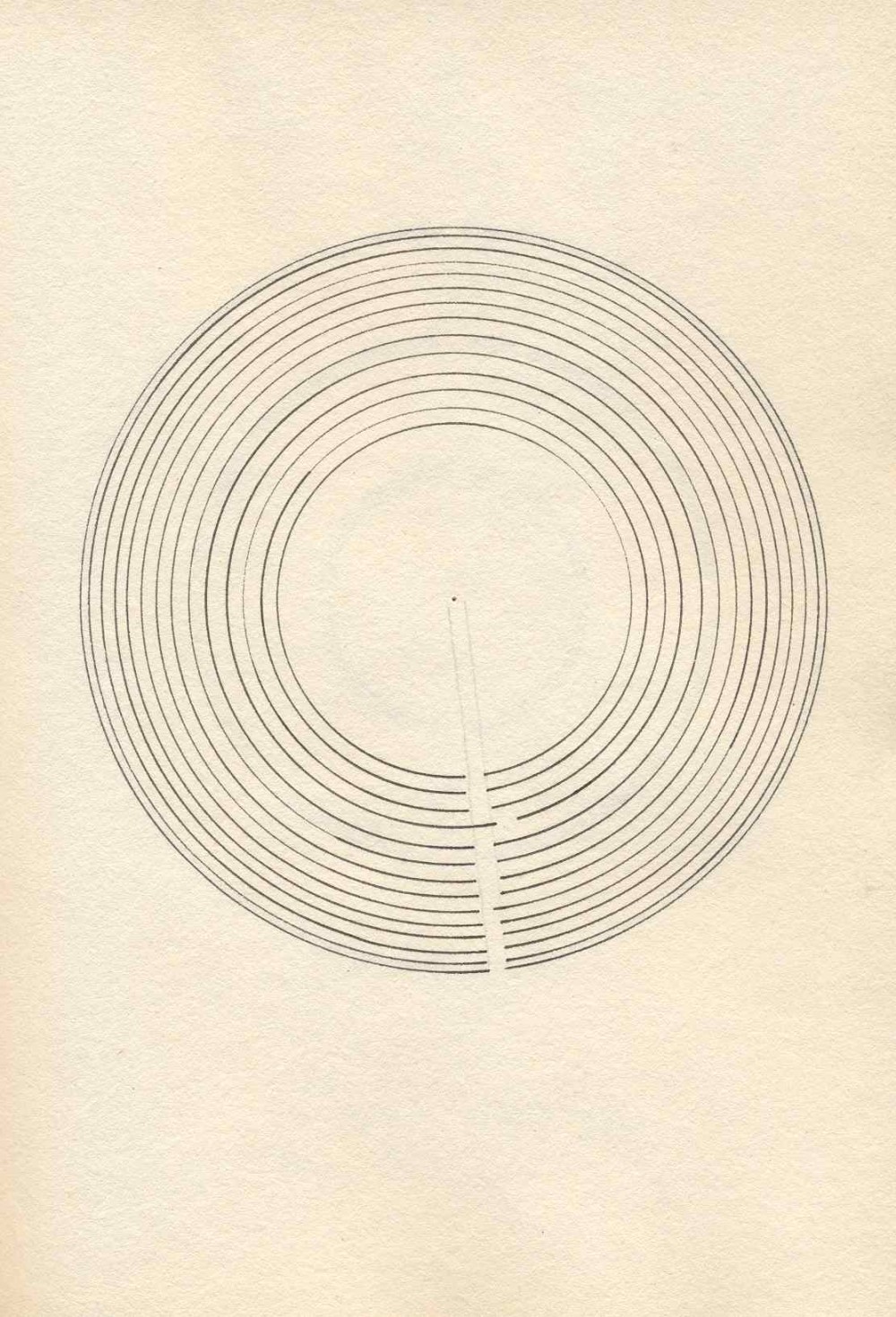 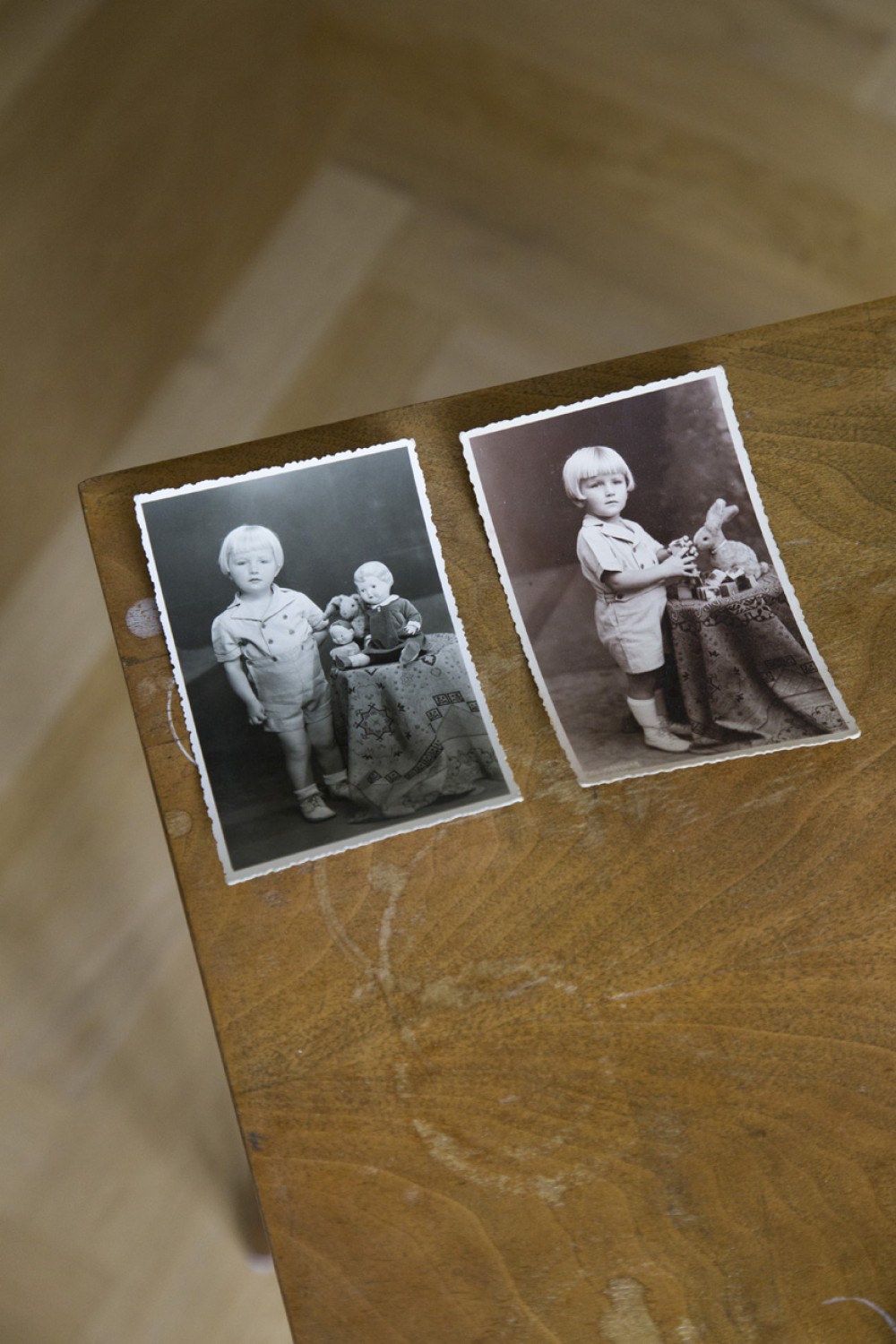 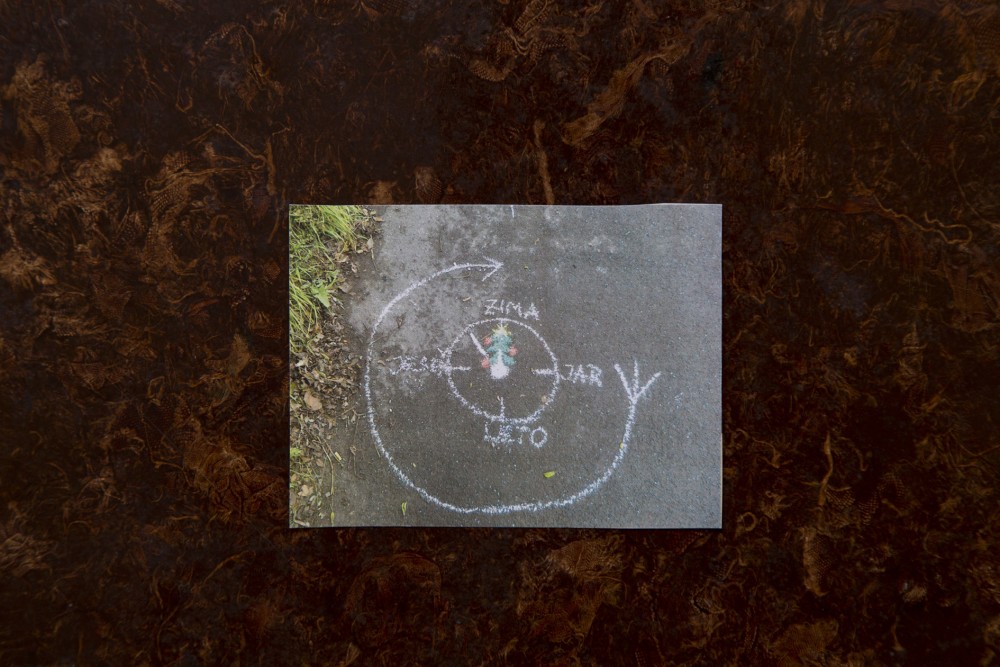 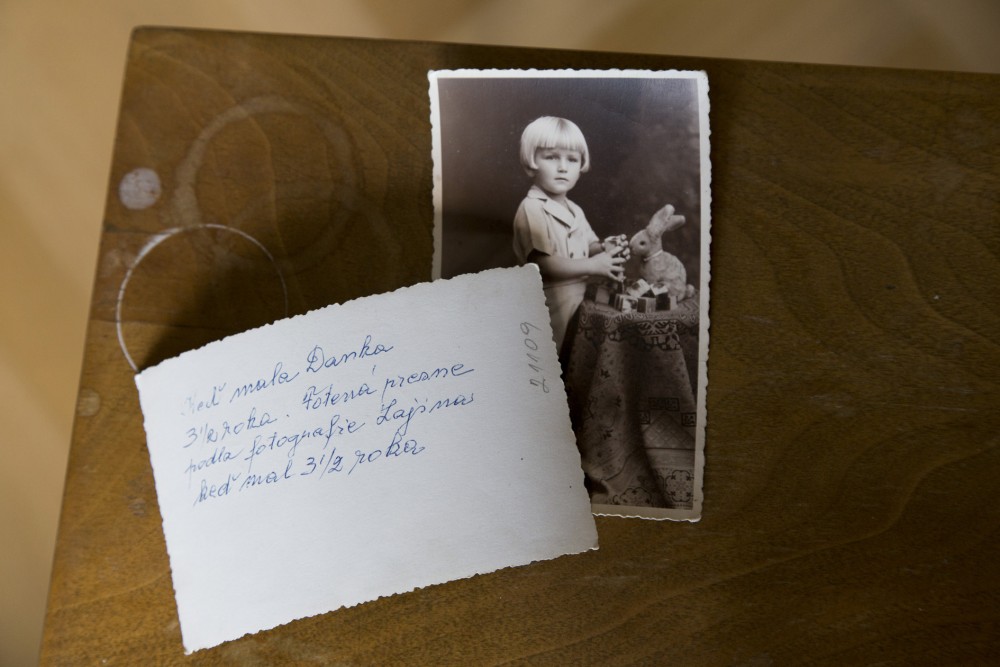 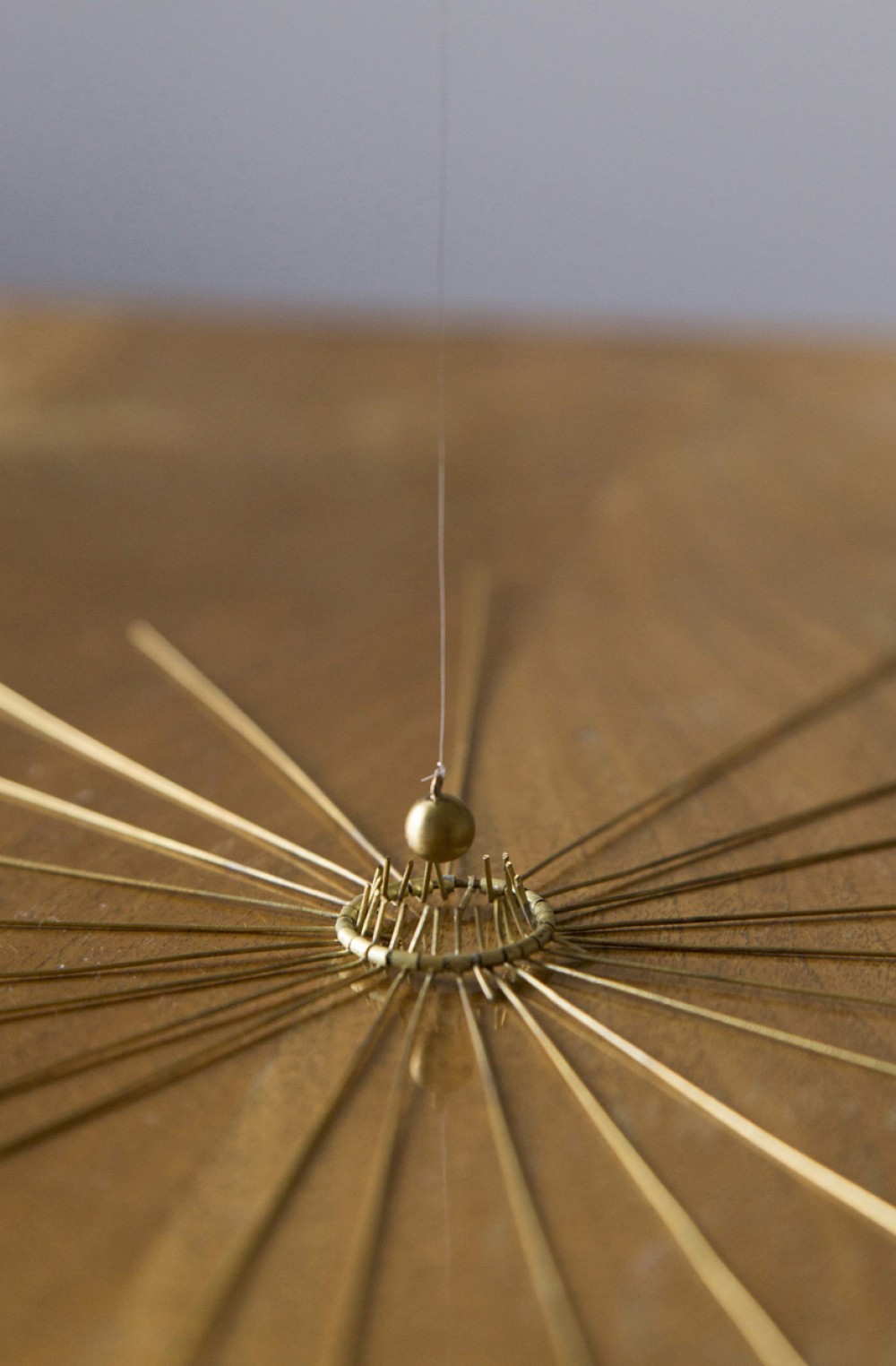 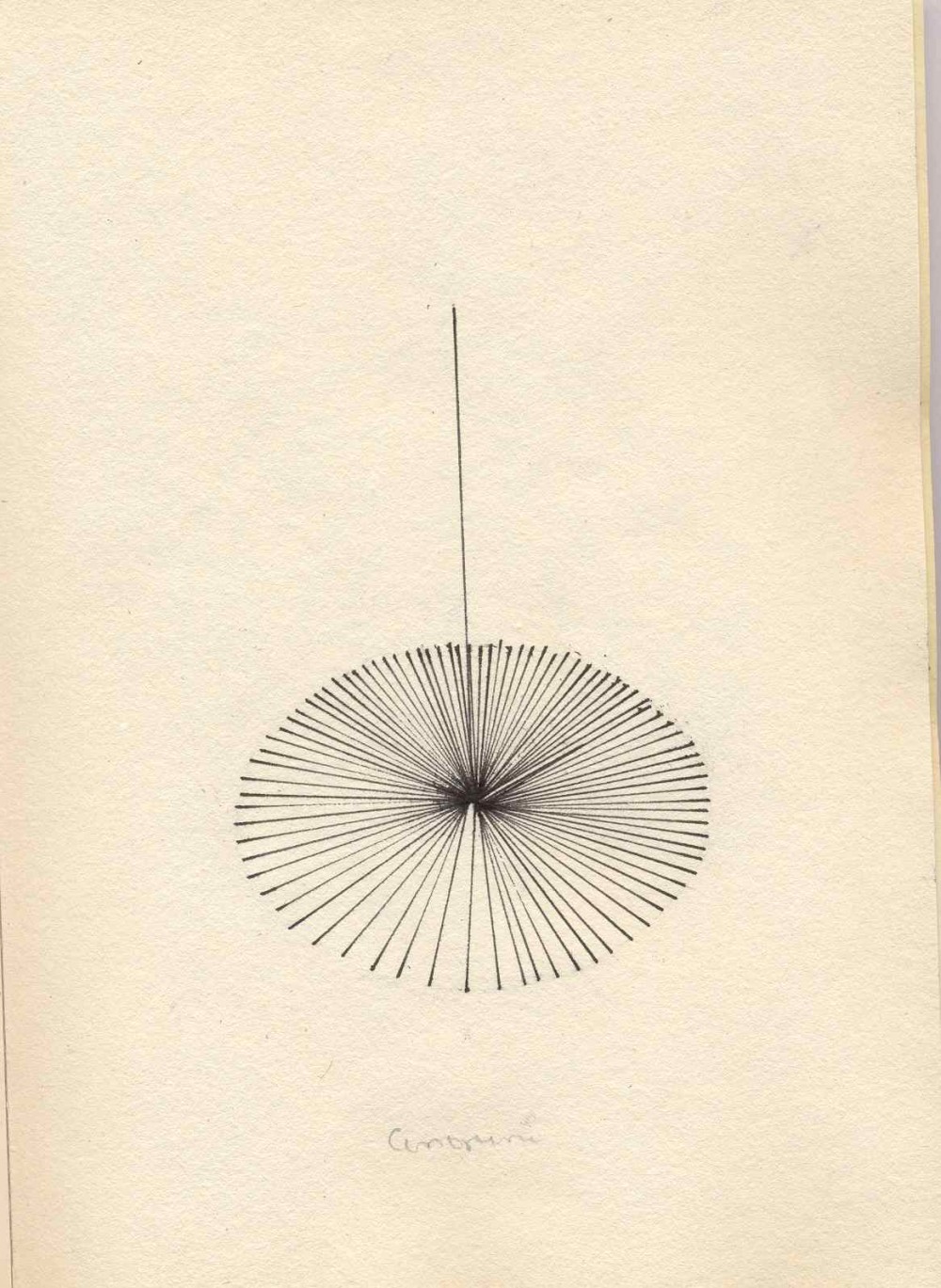 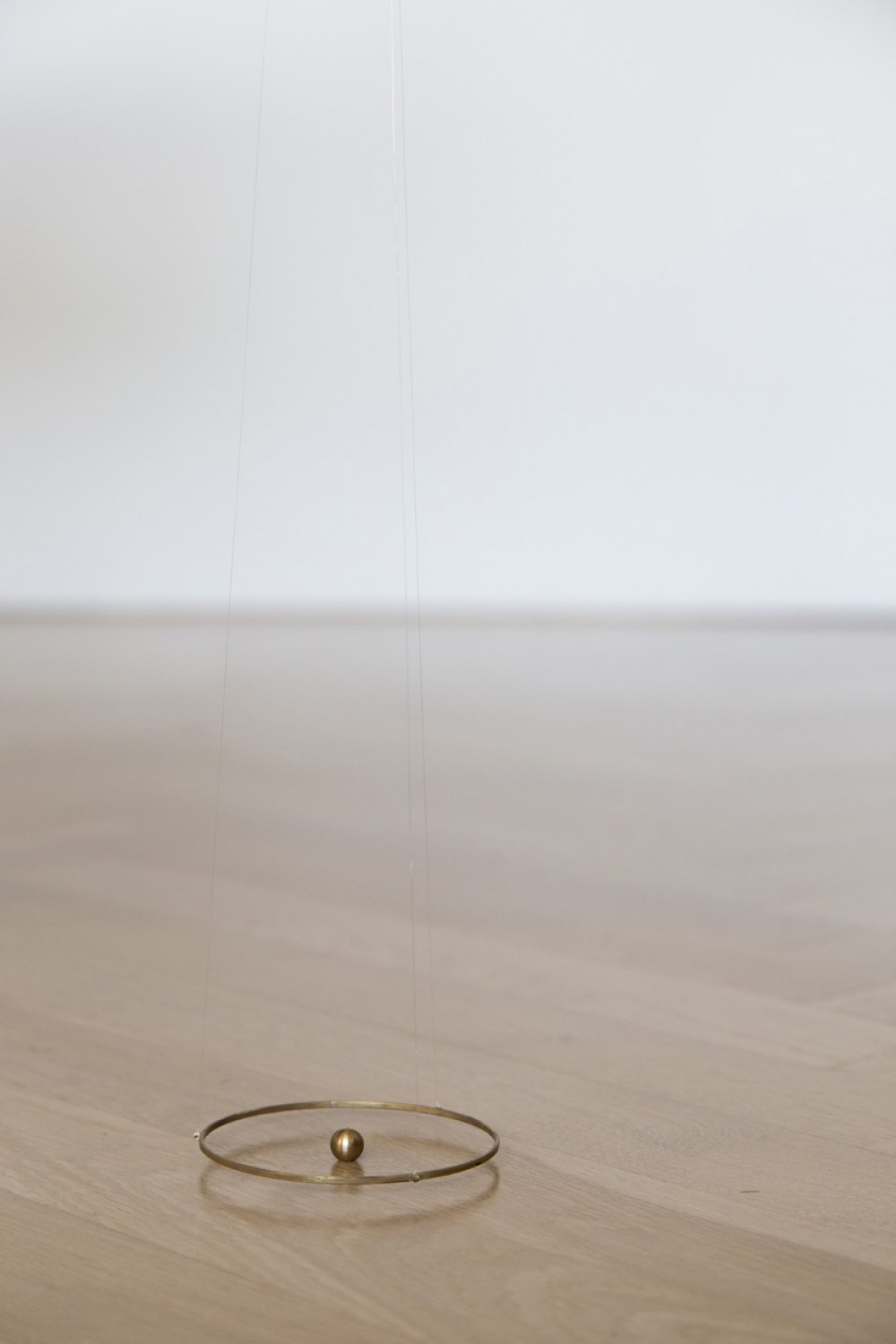 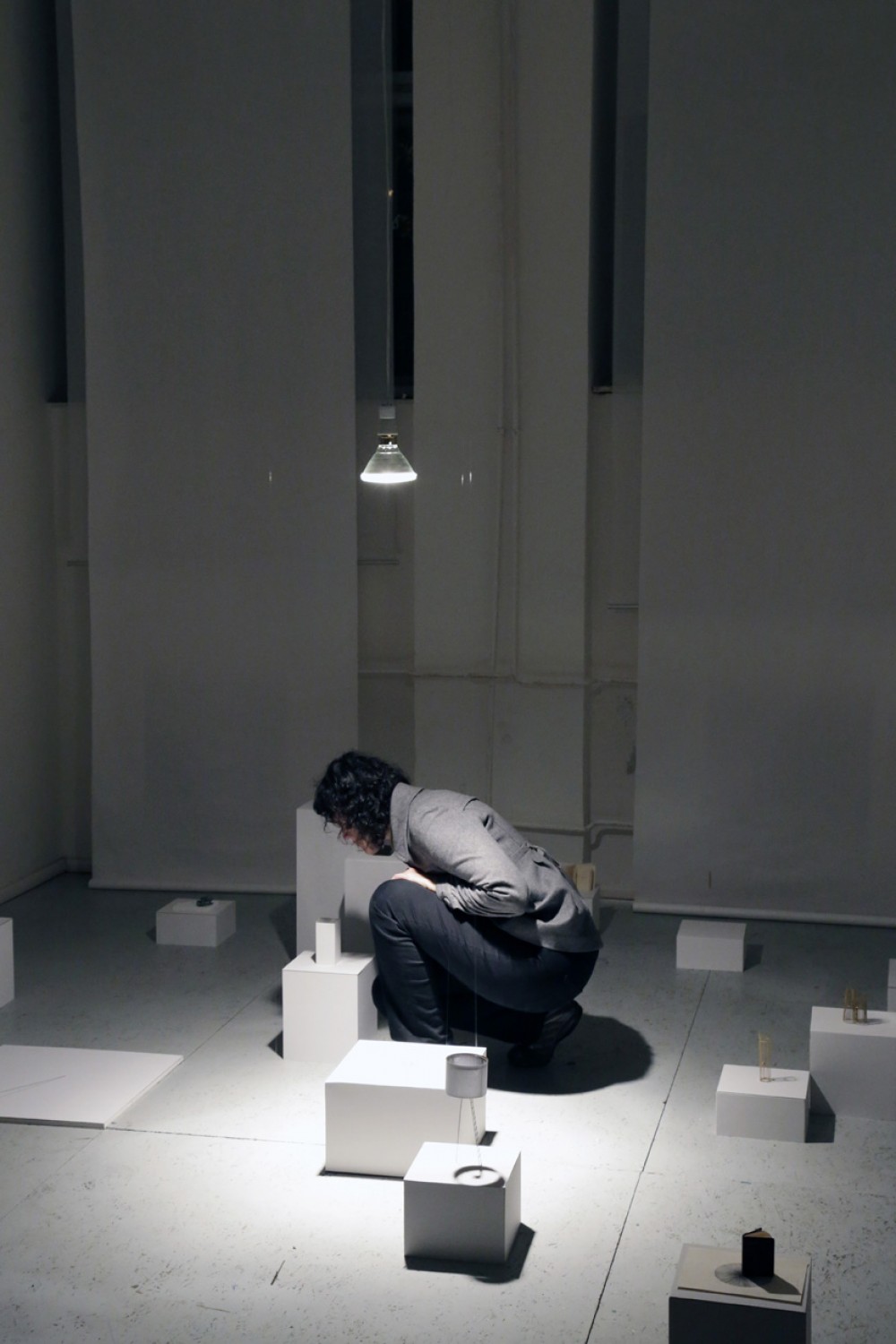 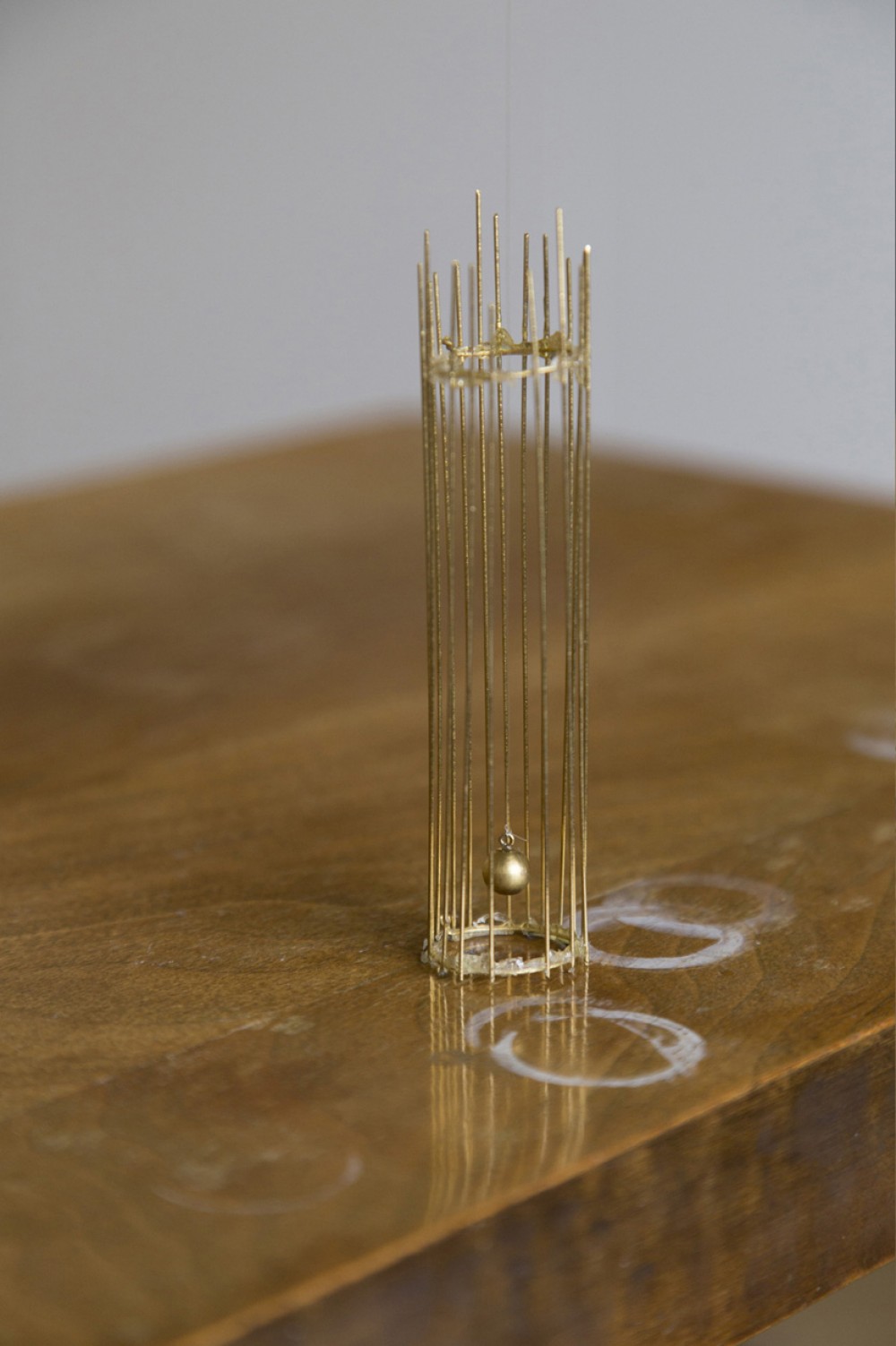 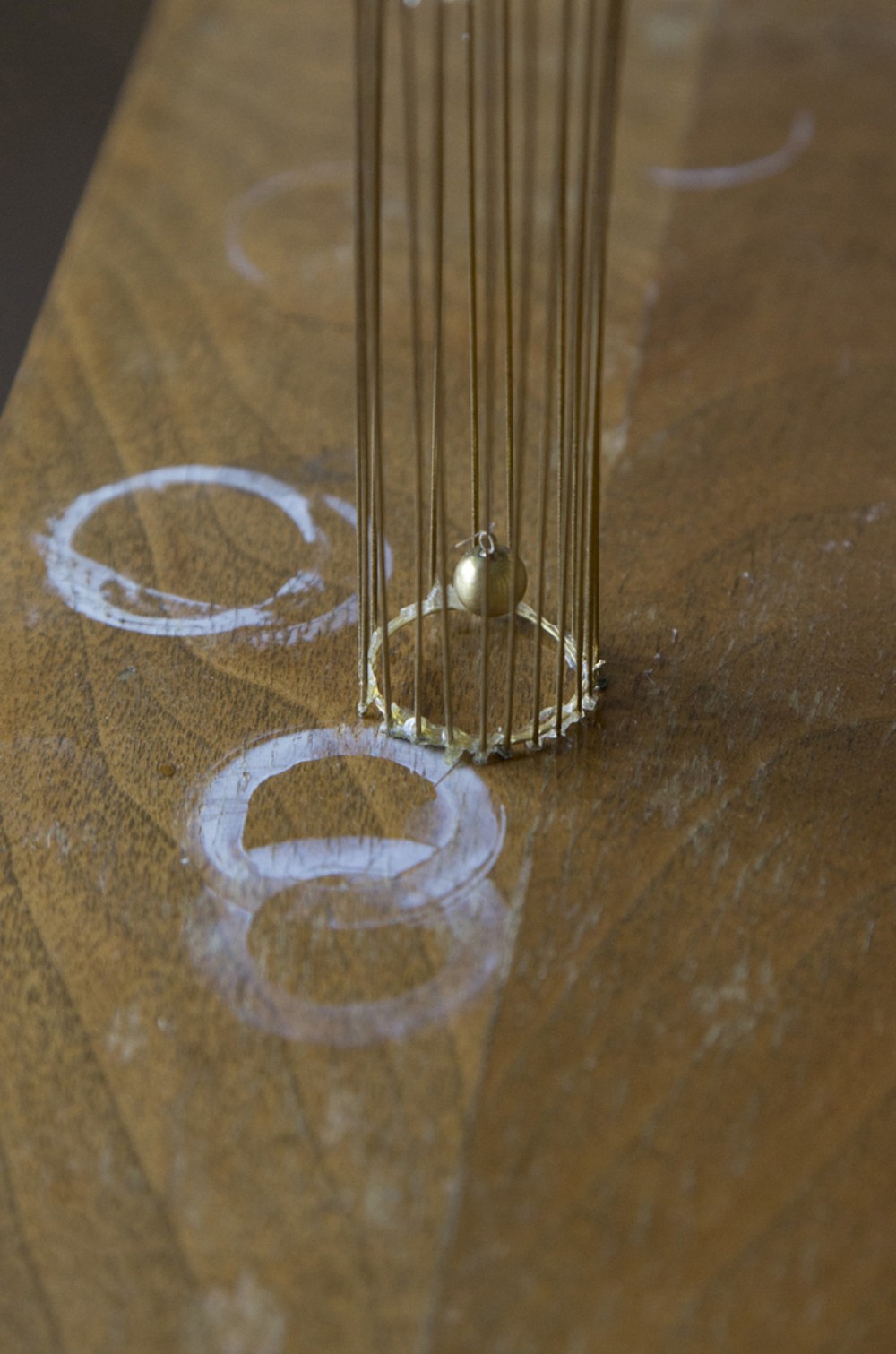 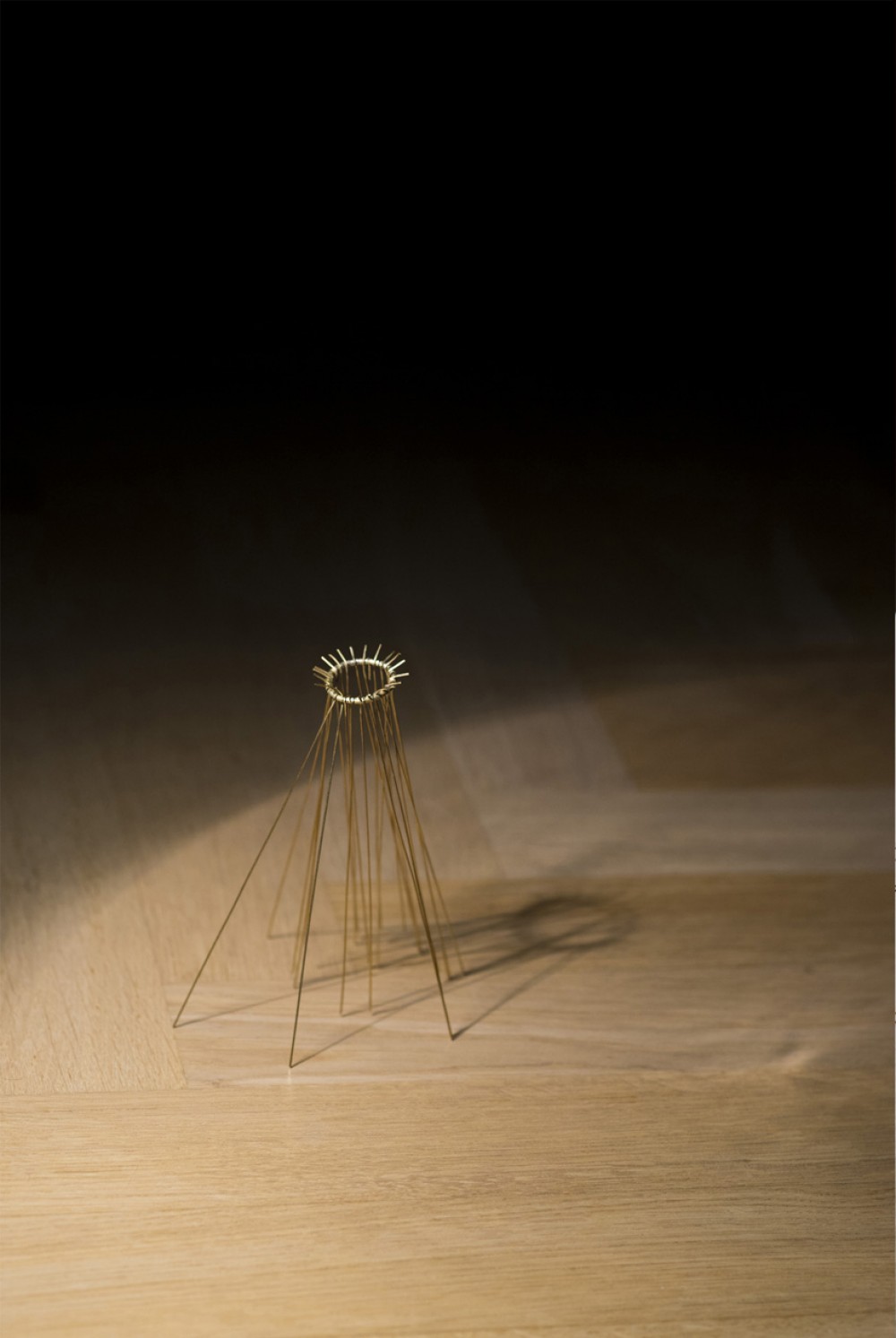 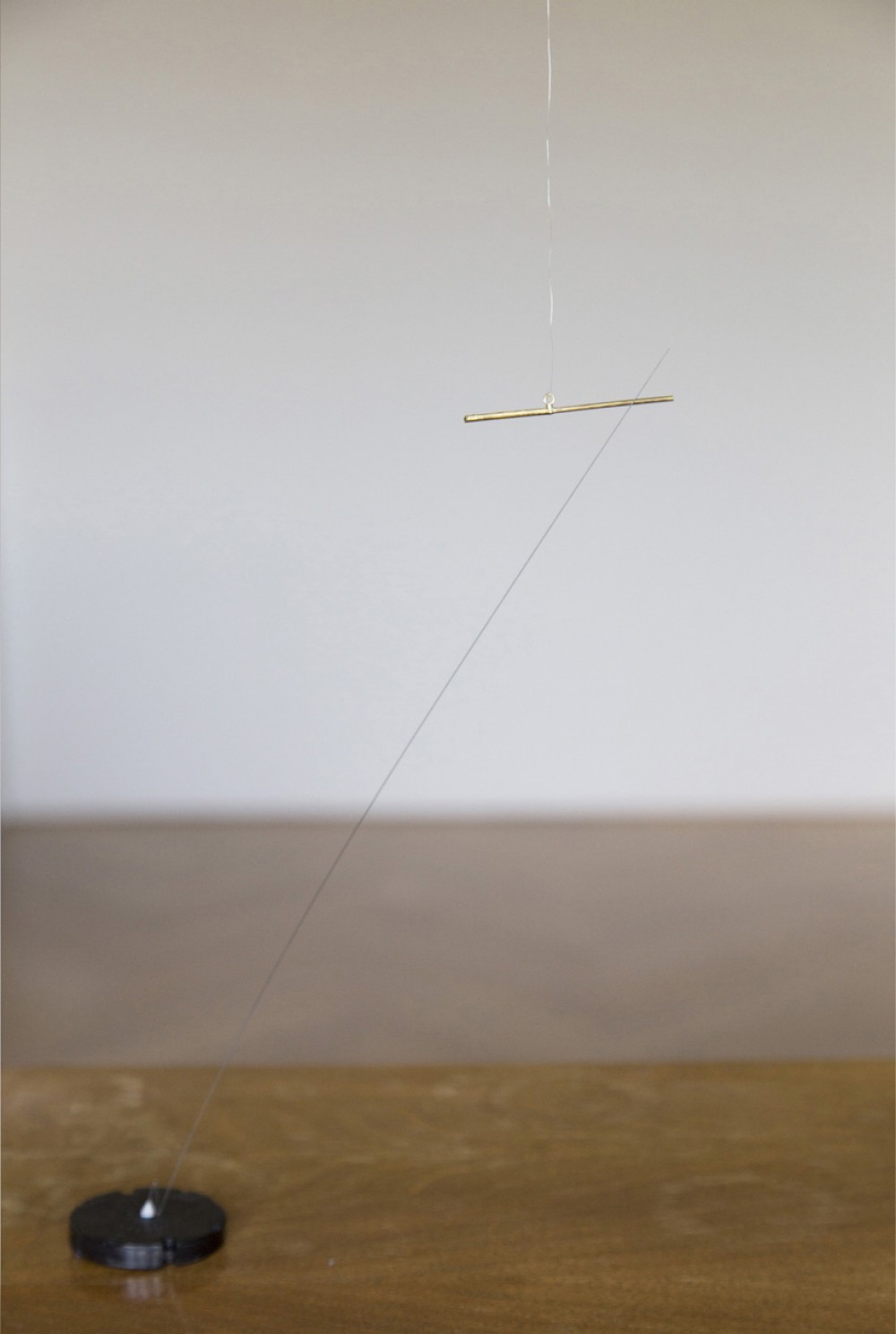 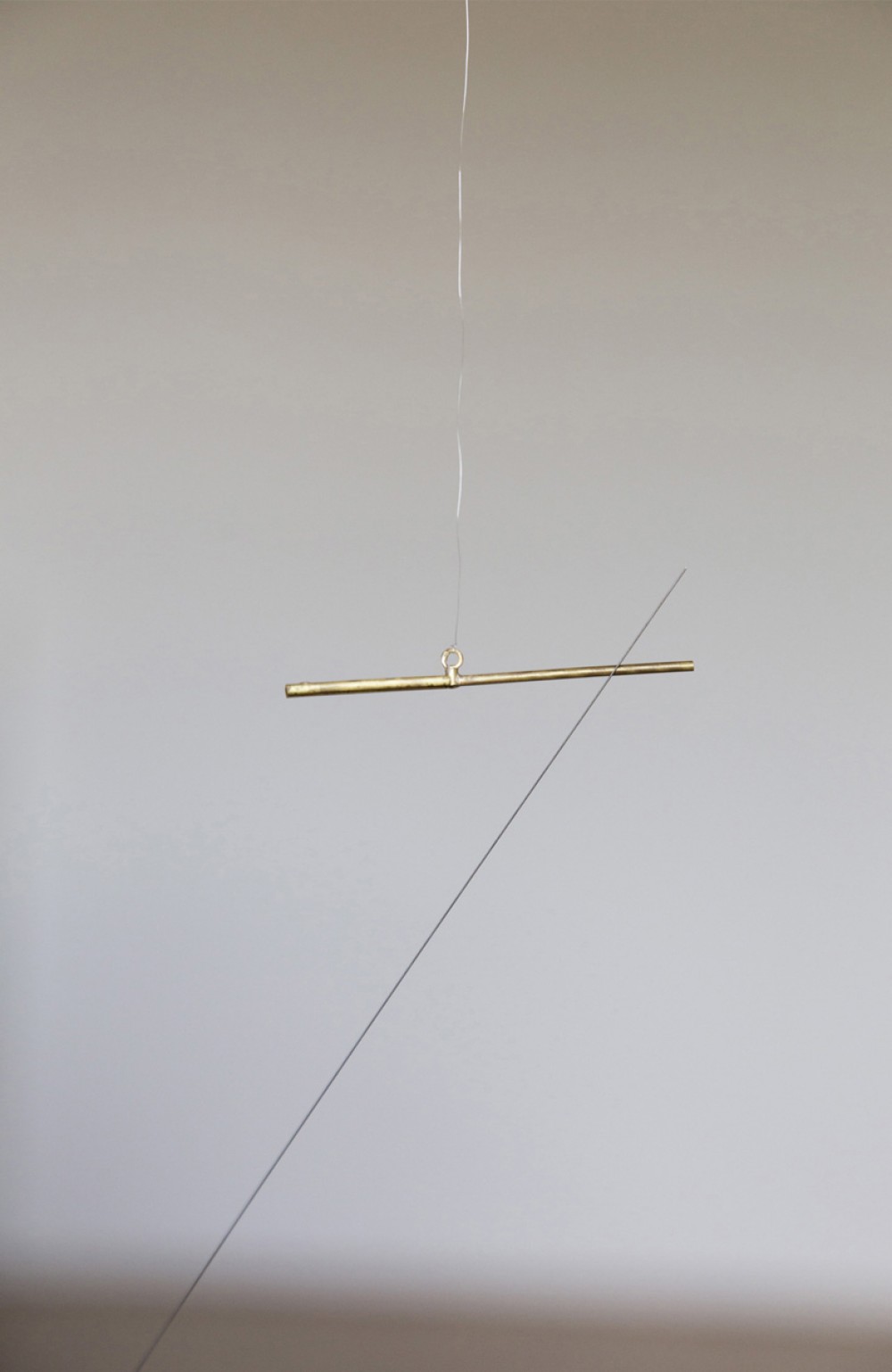 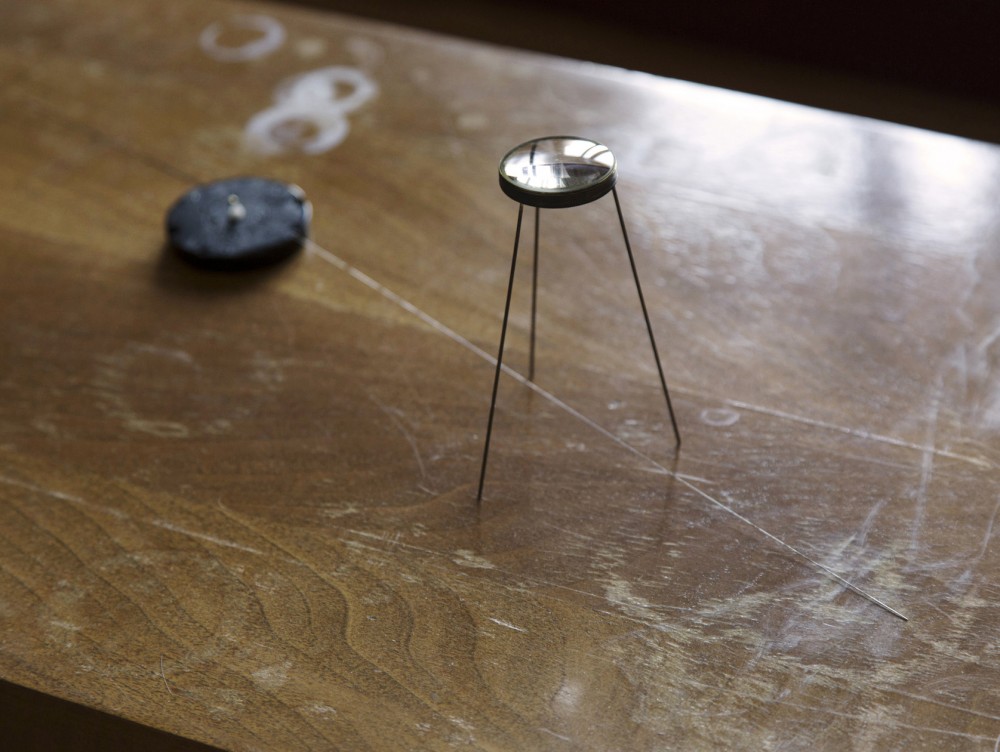 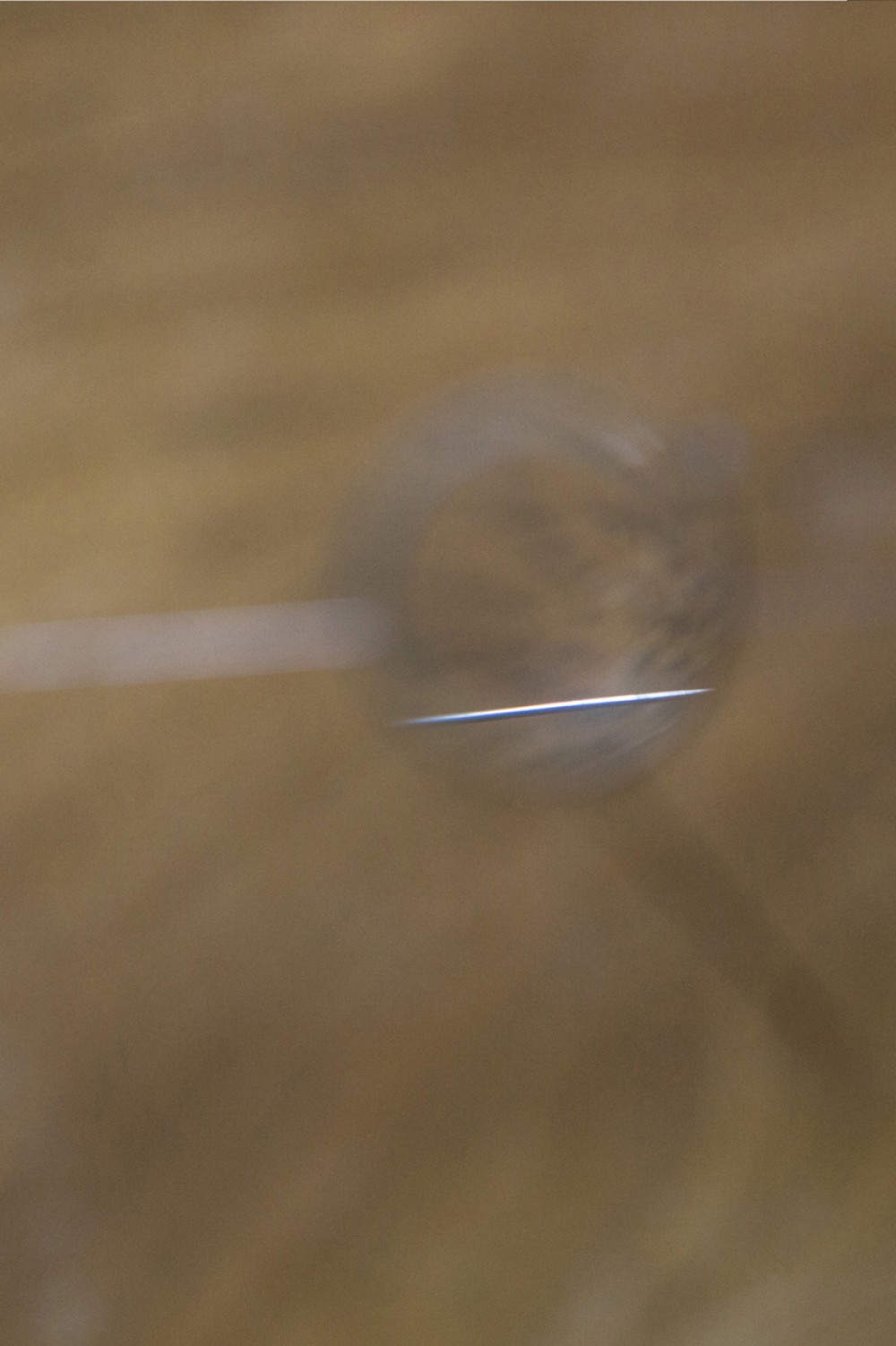 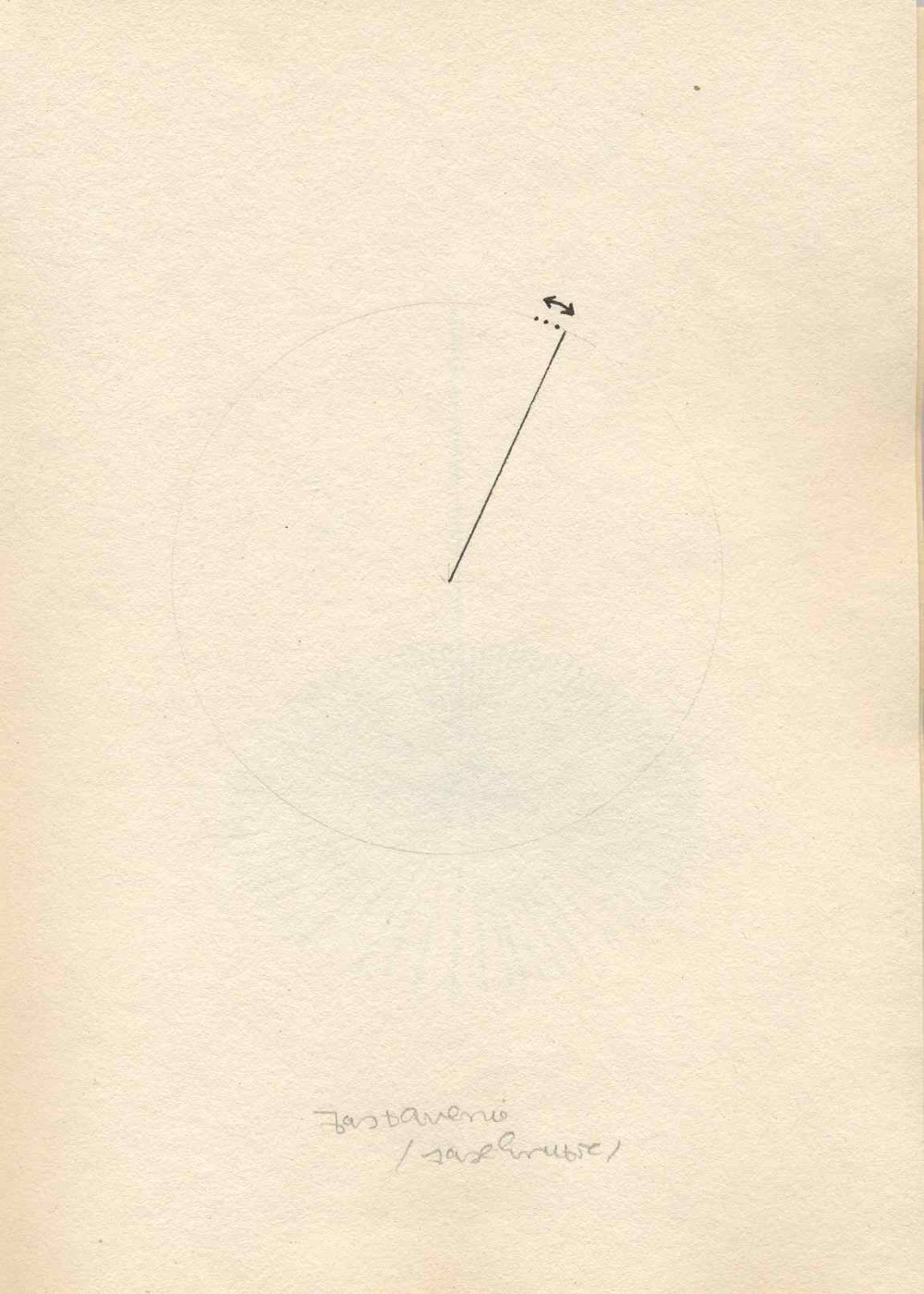 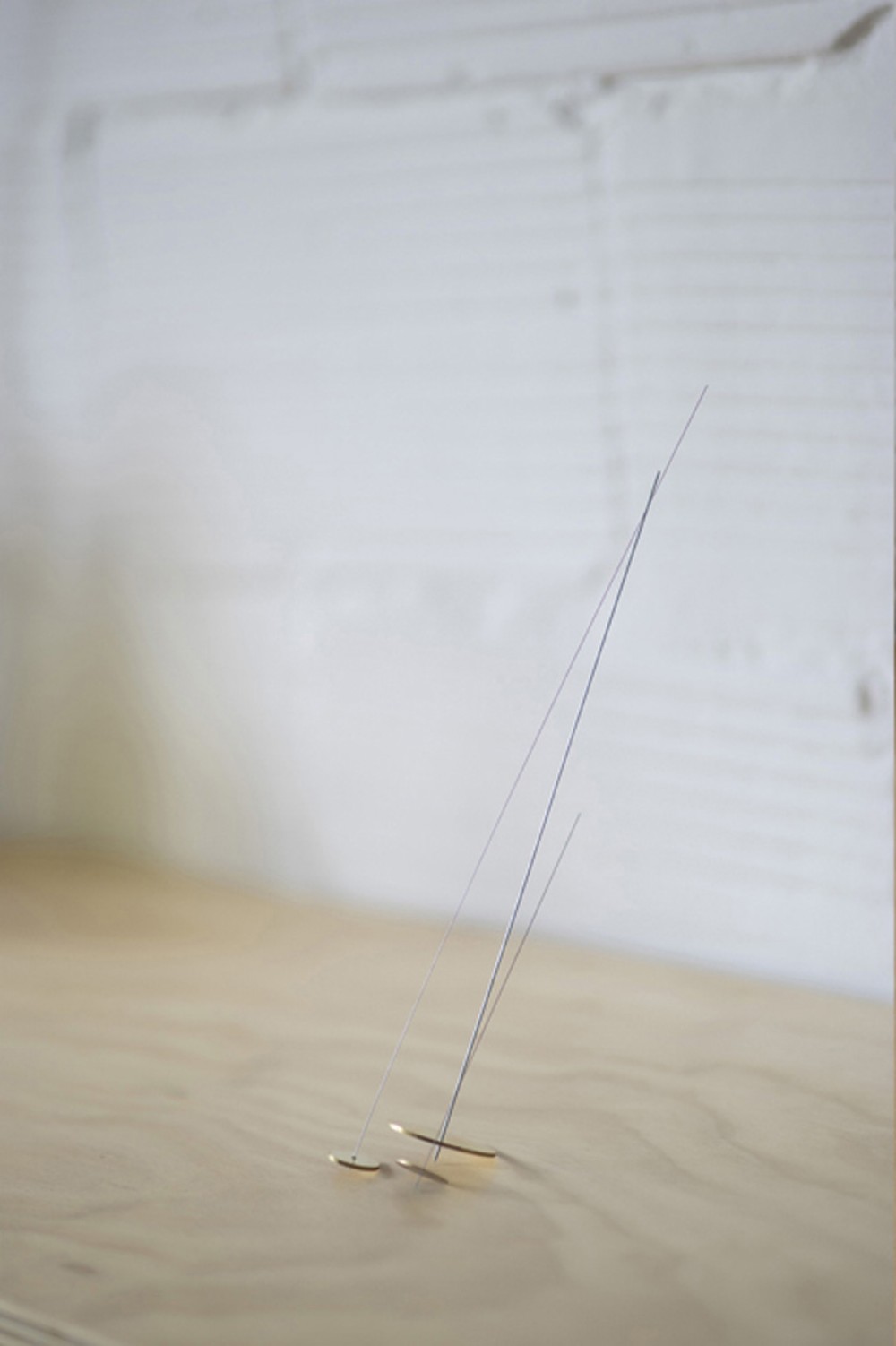 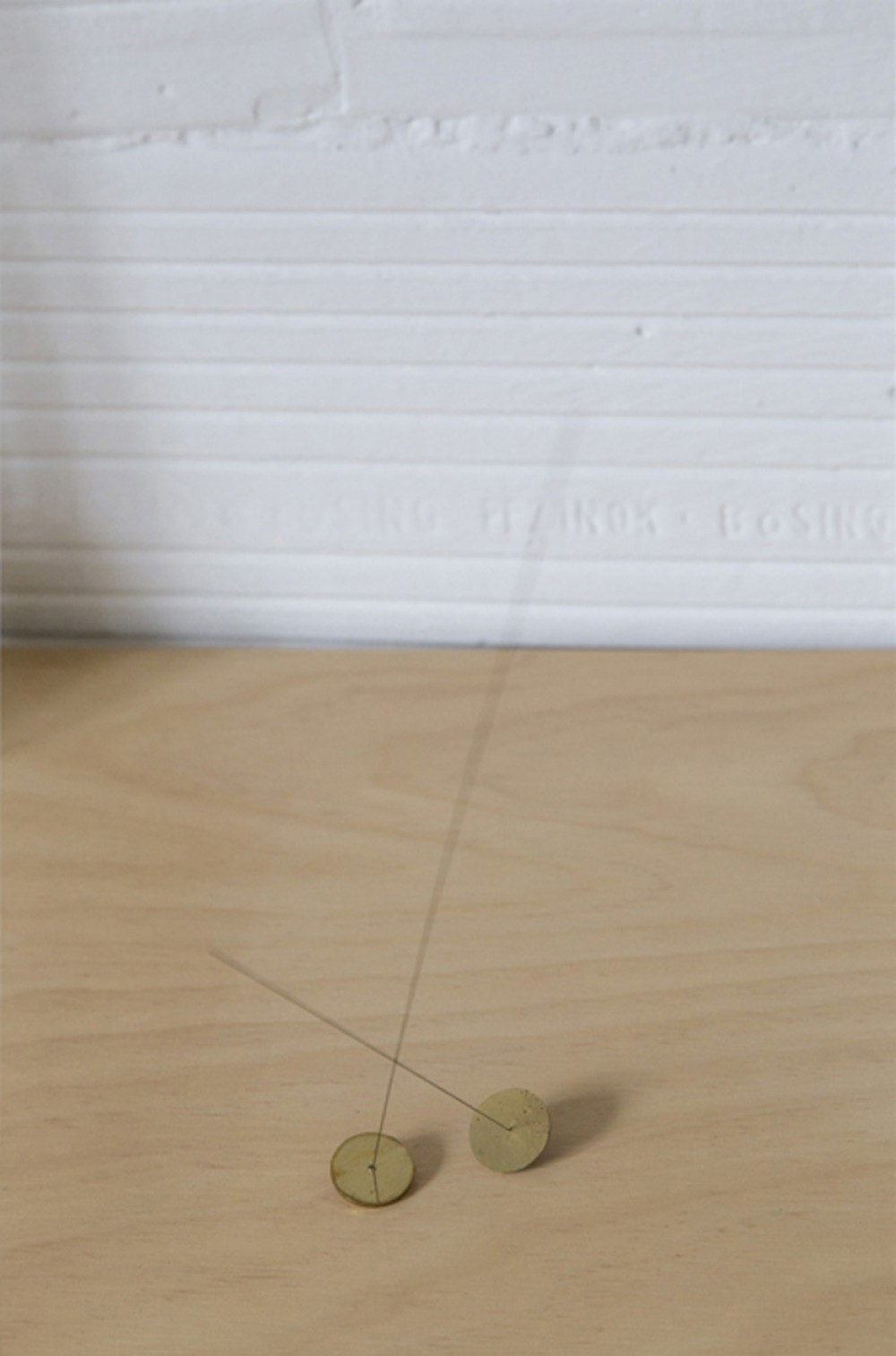 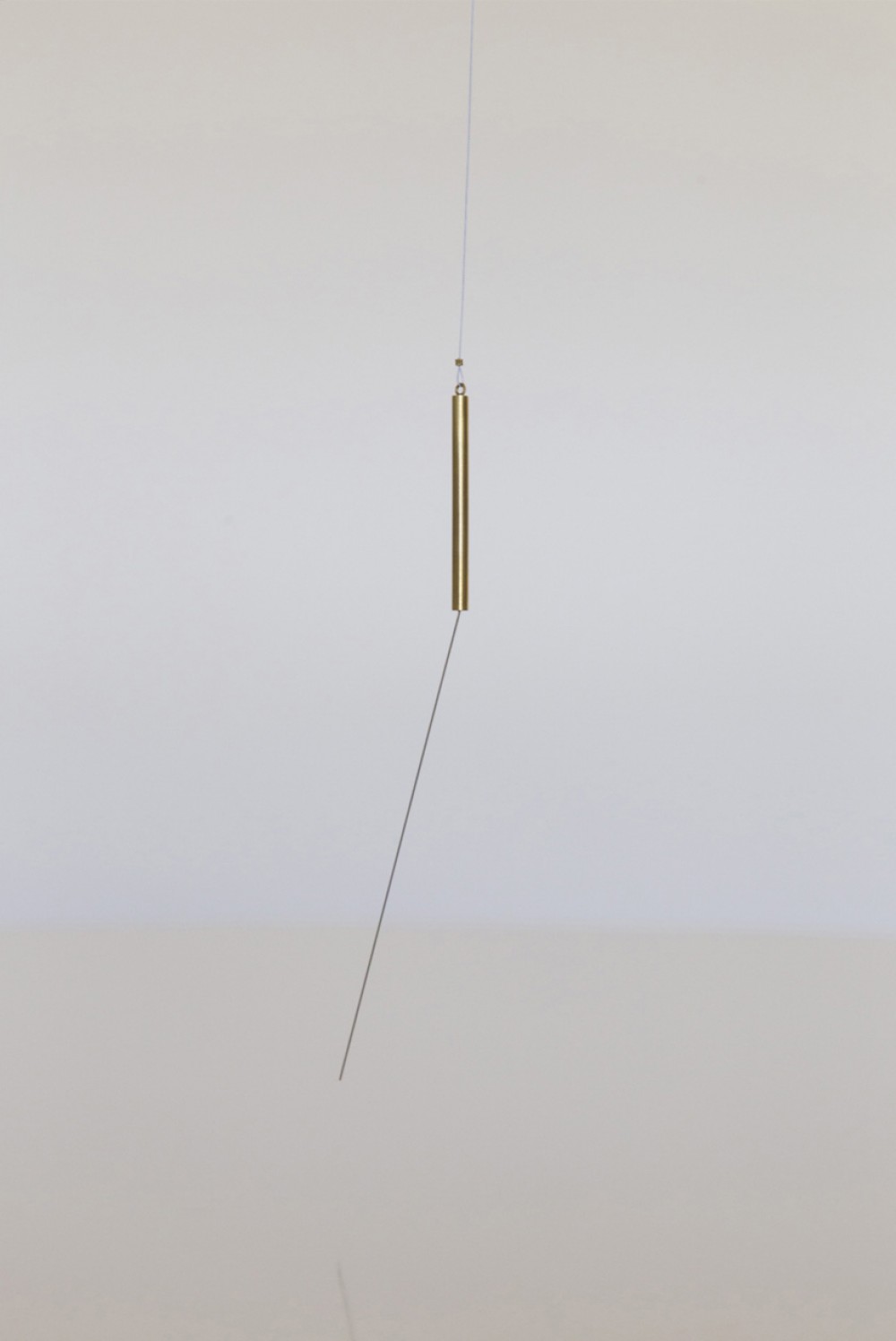 I'm interested in a circle that is not visible, or perhaps not right away. It does not have to be physically present in order to be noticed. I am coming from my own experience, situations perceived and lived that had something in common – “circularity”. Often it might have been only the feeling of it. I ask what could be a source of it.

An impression of being surrounded. Feeling of an inner circle. One's own heart.
Like when someone says: "Today I cannot find my center."
Like spreading from the core. As the light.
Like demarcating one's own area., building a wall.
Like opening the boundaries.
Like an intersection of two universes.
Like when someone says: "It has happened to me again."
"I am still going back to the beginning."
“It is still recurring.”
"I do not want to repeat the same thing."
"I am doing it again."
As the melody of a music box.
Or when I walk and run into my own footprints.
Or I read my diary and realise how I learn the same things everytime. There is a moment, an enlightenment, when I understand everything. Then it disappears. It always returns. And it always surprises me that I had learned this already.
Reconstructing an experienced situation again. An effort to go back. Holding up extending the presence. Delaying the time passing. Shakiness. Like the two pictures of seemingly the same child. On the first one, grandfather Laji in 1944. On the other one, mother, crying – she did not want to be photographed, in 1960. On the backside, great grandmother's handwritten note: "When Danka was three and a half years old. After photography of Laji, when he was three and a half.”

Or a sensation of cyclicality. Rotational movement. Way back.
In a circular movement, I have the least awareness of coming back. Again and again in repetition, over and over, the movement that is smooth and without an interruption, without a sharp turnoff. I am flowing, moving forward without knowing I am coming to where I started from. Seemingly I move.
Or like a cycle associated with a feeling of tension. Something has ended and something is ending. It is five minutes to twelve.

These are the circles that we create or we find ourselves in them, we try to watch from the inside out and outside in, sort of substitution perspectives that allows better insight / top view. We run into/ enter the situations that have at some point similar scenario or "feeling". The opportunity to look into them contains a chance to see oneself inside. To be aware of one's position, movement or stagnation.